Neo-Soul/Alternative Rap artist Omega the Poet is known for his stanza rap style and personal stories of love, intimacy, and appreciation for women. He rose to prominence in 2017 after his debut EP ‘The Kamasutra’ gained critical acclaim from some of the industry’s most notable talents. This past February, Omega released ‘Nectarine’, the sensual lead track off his ‘Eros’ extended play. Omega is back with a remix to ‘Nectarine’, featuring acclaimed Chicago rapper, producer, and audio engineer Supa Bwe.

The track kicks off with soft distorted synths and a melodic bassline similar to that of the original track. Omega’s vocals are smooth and intimate as his lyrics pay homage to his lover’s sensual nectar. Supa Bwe lays his verse towards the end of the track, creating the perfect ode to the female anatomy. 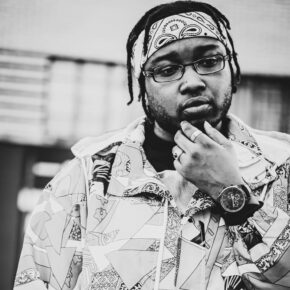