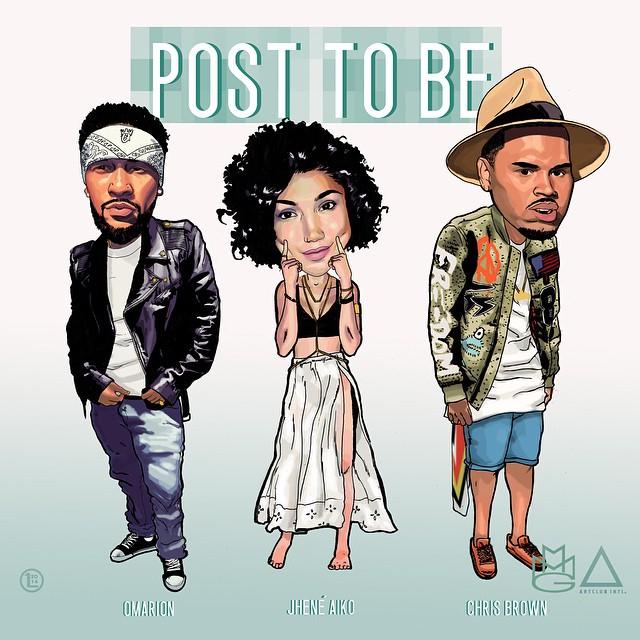 Omarion has recently unleashed his new single “Post To Be” featuring Chris Brown and Jhené Aiko. The track is based of his debut album “Sex Playlist” with Maybach Music Group. The production is brought to you by DJ Mustard giving us a club-banger with a West Coast vibe. The artwork collaboration is produced by Miami artist Mwanel Pierre-Louis showcasing his artistic ability, whom has worked on many illustrations for the artists in the industry. R&B singer Omarion is singing in an up-tempo elaborating how it’s “post to be with” the girls at the club. Chris Brown delivers his singing and rapping skills in an explicit and loud type of way. Both Omarion and Chris Brown verses end by using the melody ‘Murder She Wrote’ by Chaka Demus & Pliers. Finishing off the track they bring in Jhené Aiko whom I’ve been a fan of since day one. Jhené slows down the tempo with her sweet voice. However, she gives us a twist by unleashing her inner-freak with the “booty” and “groceries” references. This single is definitely a club-banging track that will have everyone on another level. One of the best songs that Omarion has recently released.