Nuela Charles is one to watch. 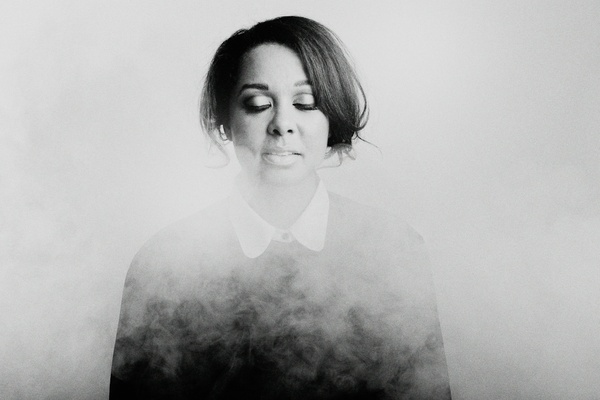 Nuela Charles, Alberta-based R&B singer-songwriter, is a pure beauty both vocally and visually. So I was excited to hear her new single “Fever.” Personally, as of late, I’ve been going through life’s roller coaster. However, as soon as I heard Nuela Charles’s lyrics, life seemed to get easier. Her vocal stylings have a hint of Pop, which tugged at my heartstrings. As a result of last week’s Democratic debacle, I am sure many people want to run away. Just out of frustration and anger, or because of loneliness.

Running away isn’t a smart move. And if you’re anything like me, those two little people weigh in heavy on your shoulders. Nuela Charles is my good conscience right now. “Fever” is a song of strength and faith, having the ability to heal. As long as you listen with an open heart and good intentions.

Do yourselves a favor and peep her inspirational single “Fever” from her refreshing new LP, “The Grand Hustle.” It is my Rocky-punching-meat-running-up-the-stairs-song-of-the-year.

Nuela Charles is a Canadian/Swiss/Kenyan singer-songwriter. Be it Hip-Hop, Pop, Jazz, R&B or Soul, Nuela captures the spirit and confidence of them all. Currently based in Edmonton, Alberta but much like her music, she has lived an extremely diverse lifestyle. She calls three continents and four different countries, home.

Her first full-length album “A Different Kind of Fire” was nominated for a 2011 Western Canadian Music Award for Urban Recording and the song “Summer” received a TV licensing sync on the hit television show “Degrassi: Next Generation.”

Called a “smooth, triumphant, star-in-the-making album of retro soul and R&B with moody trip-hop and electronica,” by Sandra Sperounes of the Edmonton Journal, “Aware*” was released October 23, 2012. It’s the second album for Charles, who toured Canada and Switzerland in the last year.

The album flew under the radar for the beginning of 2013 until it was highlighted during the CBC National Searchlight Contest and had producer Andrea Warner call Charles “the future queen of Canadian soul.” “Aware” later went on to be nominated for a 2013 Western Canadian Music Award for “Urban Recording.”