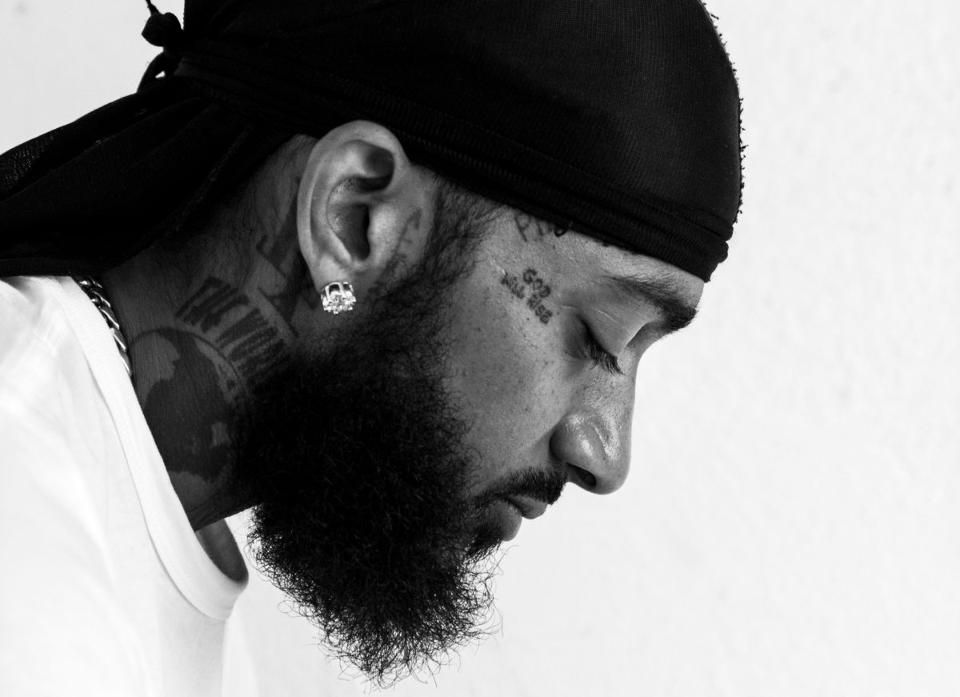 The rollout of Nipsey Hussle’s debut album (‘Victory Lap’) is delectable. Not to mention, my favourite song received the best visual of all time, ‘Hussle & Motivate’. Showcasing his loyalty to a friend, Nipsey Hussle opens fire on Brinks employees to take the bag for the ransom/fee for the freedom of his friend. One thing’s for sure, Nipsey, as I’ve mentioned before, seems to model himself as the next rap billionaire to follow in Shawn “JAY Z” Carter’s footsteps. If you’re listening, you could hear the similarities to the Brooklyn rapper’s 1998 hit ‘Hard Knock Life’. All Money In. Subsequently, there’s a moment when his girlfriend and mother to his son, actress Lauren London, drives the getaway car—very Bonnie & Clyde-esque a la ‘03 Bonnie & Clyde’. If you can remember, it was the pivotal moment and start of the (now) husband and wife’s journey together as public figures, musical collaborators, and artists—of different disciplines—who have respect for one another.

Moreover, as controversial as it may seem to arrest police officers and put them in their patrol, handcuffed—in the name of art, the images are a temporary sense of relief when you’re watching from Black/African-American eyes in the United States. If you don’t learn anything else from this moment, here’s the takeaway. Nipsey Hussle listened and applied The Blueprint. Now, it’s your turn to hustle and motivate. Follow suit.

Nipsey, I’m rooting for you. Please, continue to show us what it means to go through adversaries and rise above it. Thank you. Watch Nipsey Hussle’s first video of its kind right now.

Please, also watch this interview with Nipsey Hussle and The Breakfast Club. Personally, I agree with everything said in the clip.