As we gather around the Thanksgiving table tomorrow to celebrate family & friends over enormous meals, the NFL’s week 12 begins with a three-game matchup. First, we have the Chicago Bears vs Detroit Lions, then the Las Vegas Raiders vs Dallas Cowboys, and finally the Buffalo Bills vs New Orleans Saints. Let’s dive into these games individually and try to cash out on Thanksgiving day.

These NFC North rivals have taken the field against one another nearly 200 times, with the Bears owning a 103-75-5 edge and having won six of the last seven meetings. That includes a 24-14 home win in the most recent matchup on October 3, 2021, as a three-point favourite. The Bears are coming into this week after suffering a 16-13 defeat to the Baltimore Ravens. In comparison, the Lions are still searching for their first win of the season.

When these two teams lock up, tightly contested games usually follow. Both teams could be playing their backup quarterback in this contest, with injuries hampering Fields and Goff. If that is the case, the upper hand will go to the Bear’s backup veteran, Andy Dalton, over the Lions’ backup QB, Tim Boyle, who was Green Bay’s third-string QB earlier this year. The Bear’s have been showing fight these past few weeks and have the better, more experienced QB. Look for the Bears the get the victory over the winless Lions on Thanksgiving.

I’m going with the Cowboys for the bounce-back win after last week’s terrible performance. The defence wasn’t too bad last week, but the offense was hard to watch. I look forward to seeing the Cowboys put together a complete game this week and defeat a rattled Raiders team. The Raiders couldn’t do anything right last week against the Bengals, going 1-for-7 on 3rd downs and committing two turnovers.

This matchup comes with two average offenses on paper, with the Bills ranked number 14 in DOVA and the Saints ranking number 15. But we don’t have to see it on paper to know that Josh Allen and the Bills could put up 40 points in any given matchup, same going for Sean Payton and his offensive schemes. That being said, these two teams both own elite defenses on the opposite side of the ball, with the Bills ranked number 1 and the Saints ranking number 6.

The Bills are the better offense, but they haven’t played like it. Now they’ll have to try and better in a chaotic road environment. Still, I have the better confidence in Bills’ QB Josh Allen over Saints’ backup QB Trevor Semian. I’m going with the better & healthier team, the Bills to get the win on the road. 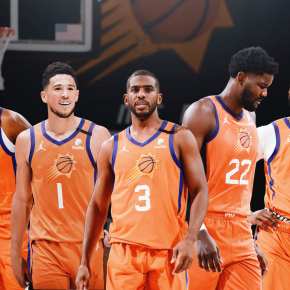