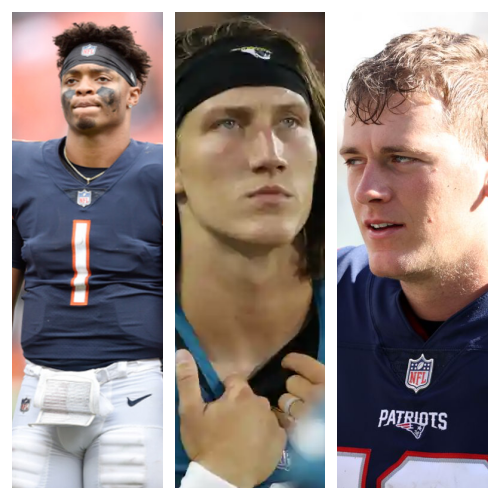 Rookie quarterbacks Trevor Lawrence, Justin Fields, Zach Wilson, Mac Jones, and Trey Lance were all high draft choices in April’s 2021 draft. The young “promising” first-rounders have had an inferior start this NFL season. Combined, the rookie QBs have gone 1-10 as starters so far with 9 Touchdowns and 18 interceptions. Before the Jaguars Thursday night loss to the Bengals, they’ve had 378 pass attempts, completing 57.4% on 5.8 yards per attempt.

The only win that came from this group of rookies was against each other when the Patriots (Mac Jones) defeated the Jets (Zach Wilson). Neither quarterback has been impressive up to this point, but Zach Wilson has been the worst. He’s thrown 105 attempts, completely only 58 passes with 2 TD and 7 interceptions, QBR 51.6%. The New York Jets are 0-3 and are looking silly for the switch from Sam Darnold to Zach Wilson. Sam Darnold is now the starter of the 3-0 Carolina Panthers.

Justin Fields had his NFL debut as a starter last week against the Cleveland Browns, and it was one to forget for the former Ohio State quarterback. The Chicago Bears offence was completely awful, not able to get anything going all afternoon. Through four quarters, the offence had only six first downs, 1-of-11 on third downs, 47 net yards, one net passing yard, 1.1 average yards per offensive play while allowing nine sacks. Bears offensive numbers were the second-lowest mark in the NFL in 20 years. Fields finished the game going 6 for 2 for 68 yards.

The New England Patriots are still trying to transition from the Tom Brady era. Hope is still alive for Mac Jones under the wisdom of the NFL’s longest-tenured active head coach, Bill Belichick, though things had been tough. The luck isn’t getting any better with the 1-2 Patriots facing the Superbowl champions Tom Brady led Buccaneers. It will be an interesting sight and story watching Tom return to Foxborrow facing the next generation QB for the Patriots but expect Tom and the Bucs to handle business and walk out with a W.

On Thursday night football, Trevor Lawerence had a chance to improve his numbers against last year’s number 1 overall pick, Joe Burrow. The Jaguars led 14-0 through the first half until untimely losing 27-24 to the Cincinnati Bengals. Lawernce has not been much better than Zach Wilson, having just five touchdowns and seven interceptions. This year’s number one overall pick had an amazing collegiate career at Clemson, going 38-2. The 0-3 Jacksonville Jaugers has already suffered more losses than Lawerence entire college

The number three overall pick by the San Francisco 49ers, Trey Lance, hasn’t gotten many reps outside of the preseason, sitting behind Jimmy Garollpo. With the brutal start, the rookies are off to Trey Lance is the lucky one. As the season progresses, interesting to see who shows improvement or who will untimely be labelled a bust. 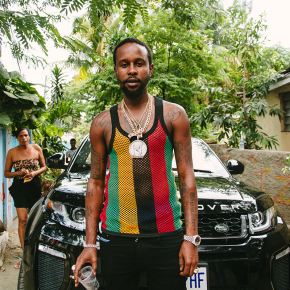