The Brooklyn Nets officially named Jacque Vaughn as head coach on Wednesday. Sources tell ESPN that Vaughn’s deal is through the 23-24 season. Vaughn’s promotion came as a surprise to many inside the league guys who believed reports that the franchise planned to hire suspended Boston Celtics coach Ime Udoka as Steve Nash’s replacement.

Vaughn, a Nets assistant since 2016, was named interim head coach after the Nets parted ways with Nash following a 2-5 start on Nov. 1. The Nets backed off an initial plan to hire Udoka based on several factors, including a prolonged antisemitism controversy with Kyrie Irving coupled with the impending disruption that would’ve come with the hiring of Udoka in the aftermath of his suspension in Boston for an improper relationship with a female subordinate, sources told ESPN NBA reporter Wojnarowski.

Vaughn’s hire made the most sense for the Nets in stabilizing the rest of this season.

“Jacque’s basketball acumen, competitiveness and intimate knowledge of our team and organization make him the clear-cut best person to lead our group moving forward,” said General Manager Sean Marks. “He has a proven ability to get the best out of our players, hold them accountable and play a cohesive, team-first style of basketball.”

The Nets are 2-2 since Vaughn stepped into the interim role. His first game as the head coach will be tonight at home against the New York Knicks. 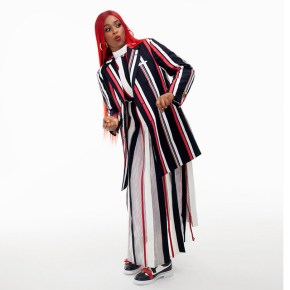