Do you remember when albums went diamond (selling ten million hard copies of an LP)? I do, and Nelly’s ‘Country Grammar’ was one of them. As he led with the hit title track ‘Country Grammar (Hot Shit)’ in February 2000, its catchy chorus captured a wide demographic of people even though the content on the verses weren’t different from his competitors because of how easy it was to remember. He and his team are marketing geniuses. How can we diffuse the thick clouds of Hardcore/Gangsta Rap and catch people’s attention, but remain authentic to St Louis, and be respected by other rappers from the streets? I think ‘Country Grammar’ came at a time when your average Hip-Hop albums were a little more eclectic, expressing creativity through different sounds and styles and accepted for its individuality. In hindsight, his Verzuz with Ludacris was the perfect match. Both artists arrived on the scene at the same time and were both Black artists exploring and creating content that was unseen at the time.

The St Louis icon will release a digital deluxe edition to mark its twenty-year-anniversary on July 24. Including all hits like ‘Grillz’, ‘Hot in Herre’, Dilemma’ and ‘Shake Ya Tailfeather’, the celebration will be a special one for me because I’m one of the young people who grew up, watching Nelly on television. What’s different about this release? It will include bonus tracks like ‘Icey’, ‘Come Over’ and the instrumentals for ‘Country Grammar’ and ‘Ride Wit Me’, which I feel will encourage new and rising artists, comedians, and dancers to showcase their talents online.

If you’ve been a fan of GRUNGECAKE since 2013, you know that I interviewed Nelly about his partnership with Mike & Ike through a video call. If you know me from college, you know that I chose to use this album as inspiration for one of my final projects. In his personal life, Nelly has gone through waves of loss and trying times, but he will always be known as one of the most important figures to escalate Midwest Hip-Hop music from the 2000s. He is a musical icon.

Stream the original version album below for the first time, or to take a walk down memory lane. 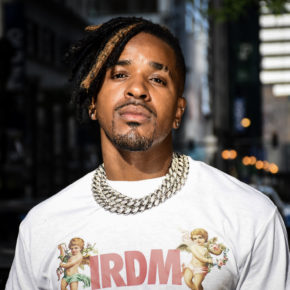