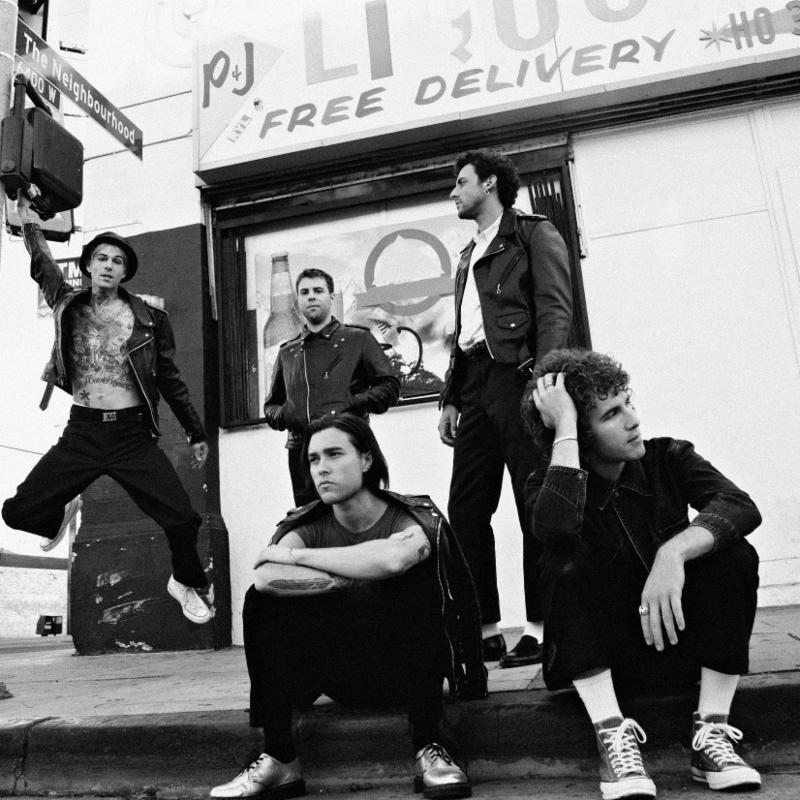 Back in March, Alternative Rock band The Neighbourhood released their self-titled album through Columbia Records to a bunch of mixed reviews. Truthfully, this project is quite gloomy, considering most of the songs have a depressive undertone to it. However, there are some hidden gems which make the album definitely worth a listen.

The album starts off with ‘Flowers’, a “synthy”, auto-tuned creation that really doesn’t represent what you’ll experience throughout the rest of the project. It has a positive, happy flow that is reminiscent of a good day. Ultimately, it is the most extroverted sounding song on the album. Then, we get into ‘Scary Love’ and ‘Nervous’.

Both tracks emphasize insecurity. In ‘Scary Love’, lead vocalist Jesse Rutherford questions a lover’s interest in him; almost as if he is not deserving of this person because of how strange he actually is. ‘Nervous’ is actually one of the hidden gems on the album. Even though it still pretty melancholy. It’s not filled with too many instruments or sounds and it’s easy on the ears.

‘Void’ features sounds from a vintage keyboard that you’d hear in the 80s. The theme of insecurity continues while Rutherford subtly references an addiction; not quite sure if it’s a woman or drugs. This song definitely leans more into the R&B genre in comparison to the other tracks.

‘Softcore’ sounds very galactic. I feel that The Neighbourhood was going for a modern sound with this track by trying to combine some Daft Punk-type elements to it. However, the vocals and instruments are bit overpowering in this track.

We get back into the Alternative Rock sound with ‘Blue’ and ‘Sadderdaze’.

In ‘Blue’, the random pauses in the song work well; only a few can do that without it become increasingly annoying. Rutherford’s vocals mesh well with the groove of the track. ‘Sadderdaze’ brings in a guitar and strings that create a beautiful acoustic sound that is much appreciated. I would also say that this song is another hidden gem on the album.

‘Revenge’, ‘You Get Me So High,’ and ‘Reflections’ all range in tonality. While ‘Revenge’ has more of an uptempo-ish undertone, Rutherford’s vocals really set the vibe for the entire song in a good way. ‘You Get Me So High’ features a bit darker vocals, but shows off Rutherford’s singing ability. And ‘Reflections’, tells a story both lyrically and audibly. All three of these tracks are gems.

Lastly, we get into ‘Too Serious’ and ‘Stuck with Me’. Listening to both tracks, I immediately got a “The Weeknd” vibe (‘Too Serious’) and a Majid Jordan vibe (‘Stuck with Me’). I’m not sure if the band grabs inspiration from the two, but the vocals give off that idea for sure.

Overall, I think ‘The Neighbourhood’ explores different genres and styles of sound. Possibly by exploring, The Neighbourhood can find an identity that best suits their aura as a band. Because this album is fairly moody, mainly depressive, it is safe to say that introverted individuals will definitely gravitate to it.

To compliment their album, The Neighbourhood recently announced a tour, with show dates starting on June 1 in London. The band aims to tour around parts of Europe and most of the United States, giving their fans ample opportunity to see them perform live.

For more information and tickets, check the band’s website at the following link.