What I look like feeding people I love, knives?

If you need a quick review or reason to listen to Neak’s new album, before you get through half of the first track, ‘Elevation Everything’ you will have a good idea of how you are going to spend the rest of your time. He ends it by saying that the listener may not feel him if he doesn’t bare his soul, so he continues to do just that. When ‘In My Life’ came on, it reminded me of Dilla’s master production. DJ RTST scratches on the hook, brings an element and layer of “golden era” Hip-Hop authentication as Neak talks kingly. There are audio samples in there that seem to be from a KRS-One record, too. Flowing into ‘Cashed Up’, the sounds remain the same, non-interruptive. About four minutes later, the tempo increases on ‘WTYaM’.

To be straight with you, I had other plans about how I wanted to write about Neak’s album before I heard the Erthe St James and Prentice Powell-featured track ‘Lost Fathers’, but it has that kind of power to change the course of your day. It’s a record, one out of the thirteen goodies, that intends to evoke a supreme whirlwind of emotions, questions, and soul-searching for the human male. The spoken word performance about being a “good father” ties it in, making you fully understand what it means to be a father—who misses out on quality time with their child(ren). 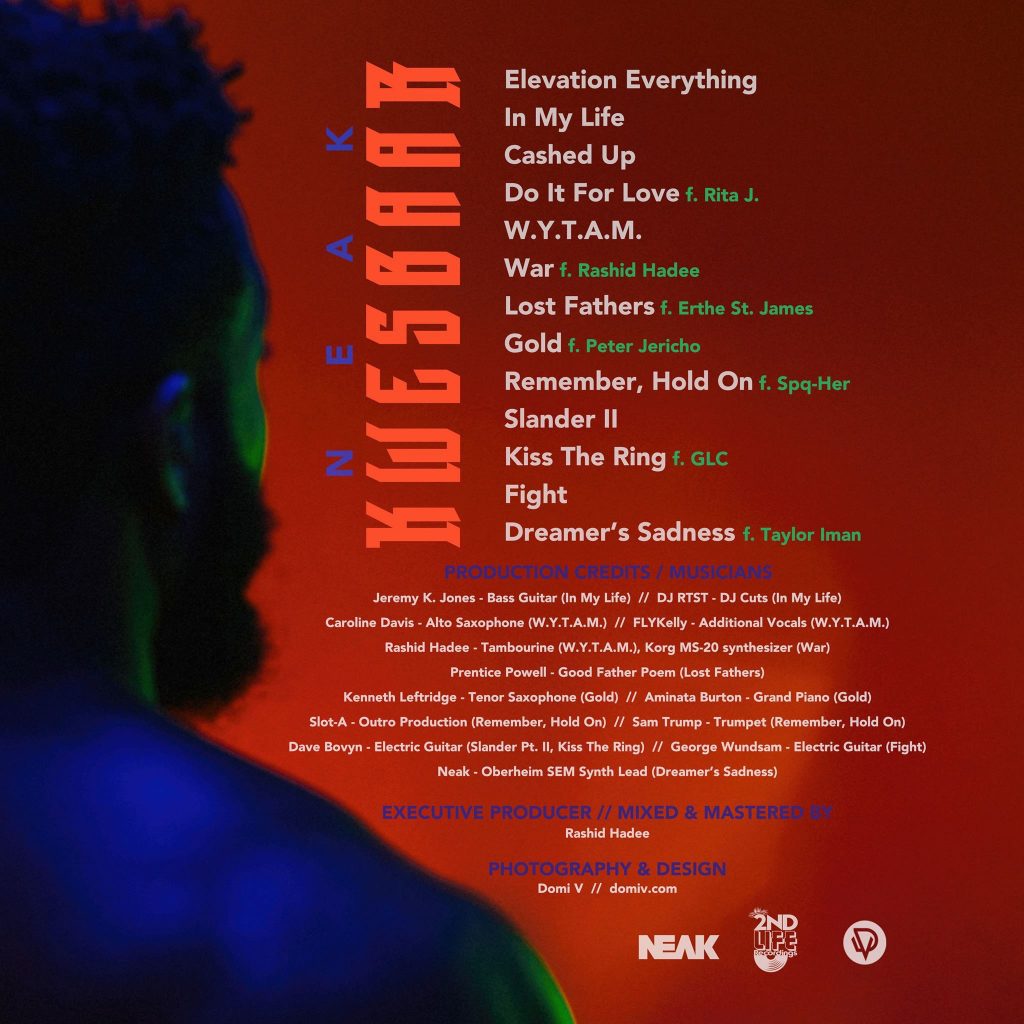 Packed with confidence, eventually, discovering self-love and self-assurance throughout each line of the album, the Chicago-bred emcee seems to tell it like it is. From concepts of selling yourself, or selling out to be noticed, to doing what you like to do best for love (‘Do It For Love’ featuring Rita J). It is a well-rounded LP, named after a word in Afrikaans that means ‘vulnerable’ with a concurrent theme of hope, positivity, rawness, and truths. Listen to the well-produced LP below.