Nando McFlyy, the youthful emcee from the DMV, has released a variety of mixtapes to establish a place as one of the DMV’s most innovative artists. During his first few years, he was mentored by Judah and learned the ins and outs at a very early age. It was through Judah that Nando was introduced to Kenny Burns of Studio 43, Marky of SRC / Universal and R&B singer Raheem DeVaughn. 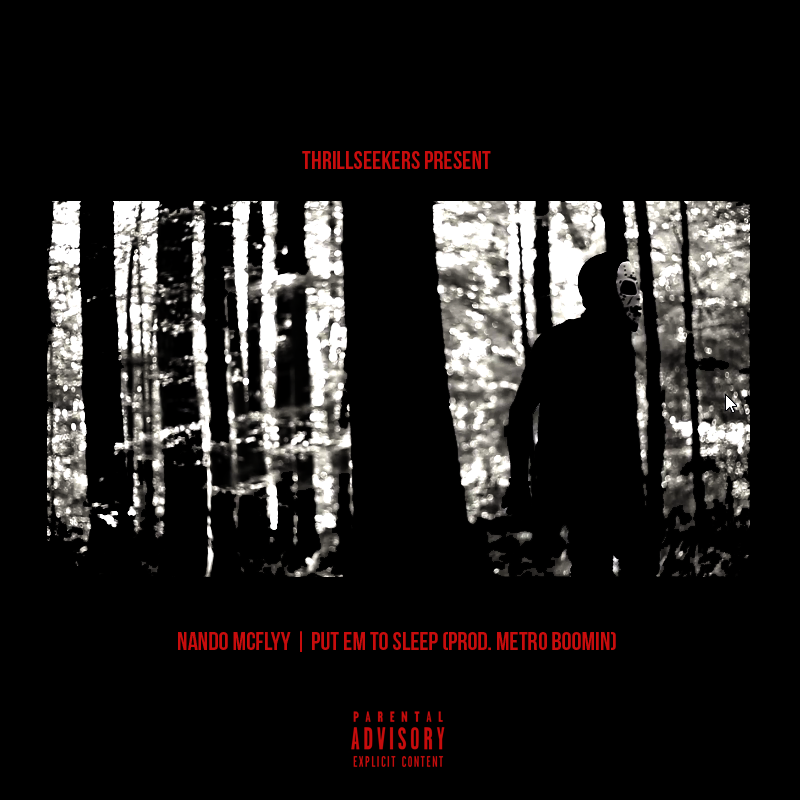 Unfortunately, he fell a little bit short with his latest single, “Put Em To Sleep.” The bass-heavy track was produced by Metro Boomin and had a very redundant Trap beat feel to it. The lyrics and subject matter for me were also sub par. I just wasn’t excited this time around. With mediocre rhymes like:

“I’m not takin’ back how I feel ‘bout these N****s no more.
I’m finished.
You want it, I got it, I’m gettin’ it all for the low.
Makin’ a killin’.
She can’t behave, so I kick her ass out of the building.
Drank too much bourbon
the room won’t stop spinnin’
Fuck how you feelin’
I’m makin’ a livin’
Fuck all these internet bitches.
Fuck all these internet n****s.
If I see something I want.
No other choice but go get it.”

I can appreciate Nando’s passion for not taking any crap from anyone, but I think he needs more practice in the rhyming department. When I think of Rap, I think of poetry. There is not much difference between the two. With poetry, you need to be able to blend rhythm and flow into your songs to make it sound captivating. Rap does the same thing. Poets often try to give their pieces visible components by using illustrative language (like metaphors.) The difficult thing with Rap is making the song enjoyable to the ear while proclaiming your story swiftly, and keeping rhythm. That’s what this track was lacking for me. Keep at it though Nando, I’ve heard some of your other tracks and they didn’t disappoint. I just think “Put Em To Sleep” could have turned out better with a little more focus on your lyrics.