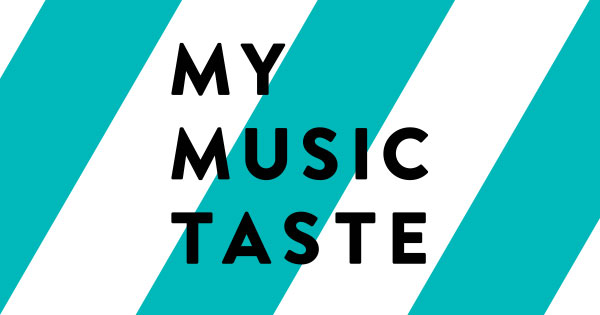 MyMusicTaste, a member company of the K-ICT Born2Global Centre, is a global fan-initiated service for live events. MyMusicTaste connects artists and fans by allowing fans to request their favourite artist’s concert in their city and planning events based on the analysis of the requests. With the majority of its users located overseas, MyMusicTaste has certainly earned its reputation as a global live event making service that amplifies the voices of fans all over the world.

MyMusicTaste was launched by CEO Lee Jaeseok in 2013. Originally a game developer, Lee was in charge of supplying Nexon’s Maple Story in the United States and Europe from 2006 until 2009. After witnessing the explosive growth of the Maple Story development team following the company’s acquisition by Nexon, Lee began dreaming of starting his own company. An avid Coldplay fan, Lee came up with the idea for MyMusicTaste while trying to find a way to attend a Coldplay concert in Korea.

“Entrepreneurship is the process of making something from nothing. Creating a company in an area in which one has no connections or prior experience is a challenge. However, my experience as a game developer was a great help in our efforts to imbue MyMusicTaste with a ‘master artisan spirit’ and our consistent interactions with users around the world.”

Growth into a truly global service

In the first four years after its founding, MyMusicTaste planned 147 concerts in 52 cities in 32 countries. The concerts were held in a diverse range of countries and continents, including Southeast Asia, North America, and various countries in Europe. Artists who have worked with MyMusicTaste range from famous musicians such as EXO, BTS, and The xx to lesser-known musicians. Befitting the company’s reputation as a global concert organizer, 99 percent of all its 1.35 million users are based overseas. In addition to the 41 employees at its Korean headquarters, the company also employs staff at its overseas offices.

Performances organized by MyMusicTaste always begin with requests from fans. After it receives fans’ requests for a favourite by their favourite artist, MyMusicTaste determines the ideal city and scale for the concert and then contacts the respective artist and begins planning the performance. Because MyMusicTaste comes to the negotiation table already armed with data on concert demand, it is much easier for both the artist and the agency to organize the overseas concert or tour. Approximately 75 percent of the company’s business involves organizing overseas performances by Korean artists, while 20 percent involves organizing performances by foreign artists in foreign (non-Korean) cities.

“Most artists are looking to generate large profits and interact with their fans from all corners of the world through international tours. It is based on this need that we get a sense of the market and plan the tour. Generally, the majority of concerts are held in major cities in developed countries, such as Los Angeles, New York, Paris, and London. Performances in cities such as Madrid, Lisbon, Budapest, and Istanbul are held with the aim of broadening a tour’s scope of venues to include lesser-known metropolises. In fact, it is in such cities that demand for concerts is especially high.”

MyMusicTaste has successfully crossed the “valley of death” that all startups encounter in their early years: financial hardship. Lee said, “From 2014 until early 2015, we managed to struggle through the ‘valley of death’ thanks to our founding members’ decision to forego being paid. Having endured that experience, I now realize that companies do not survive because they are strong; they are strong because they have survived.”

MyMusicTaste’s sales and the number of tickets sold have been more than doubling every year. In early November, the company attracted an investment of KRW 12.3 billion, which it will use to expand its overseas offices and diversify the genres of performances it plans in North America.

“The investment we received in November will be used not to help us survive but to continue growing our company. Going forward, we plan to diversify the genres of concerts we host around the world to include hip-hop and rap and increase the size of our overseas offices so that they can take on greater roles and responsibilities.”

“If your aim is to change the paradigm of the performance industry, it is not enough to simply pool the resources of several teams or institutions. So far, we have received a lot of assistance from overseas investors.”

“The full support of the Born2Global Centre has been a big help.”

Lee explained that the support provided by the Born2Global Centre was a great help for the company its efforts to connect with fans and organize concerts in new cities.

“Out of desperation to keep themselves afloat, startups often end up focusing on government projects, which usually makes it very difficult for them to grow their key businesses. In this respect, we benefited a great deal from the Born2Global Centre’s enthusiastic support of our core global business endeavours.”

Including its initial analysis of overseas demand for concerts, MyMusicTaste is involved in various aspects of concert preparations, including scheduling, concert venue reservation, and stage direction. Not only is it a technology-based company that uses IT to analyze data, it is also an O2O company in that it directly organizes offline performances.

The vision of MyMusicTaste is to bring happiness to music fans worldwide. Toward this end, it has thus far been involved primarily in live event planning, including concerts, fan meetings, and showcases, but hopes to expand its areas of business. Lee added, “We are also seriously considering expanding into the auxiliary product and commercial business areas related to live events. Basically, what we do is analyze fans’ activities in order to maximize their happiness.”

For more detailed information on the MyMusicTaste, visit this link.

K-ICT Born2Global Centre is a full-cycle service platform for global expansion. Since inception in 2013, Born2Global has been setting the standard for successful startup ecosystem as the main Korean government agency under the Ministry of Science and ICT. Born2Global has expanded and transformed startups to be engaged, equipped and be connected with the global market.