When I first spoke to Myles Cameron, it was after obsessing over the release of ‘Yellow’ for a good week. The romantic hyper-visual track painted the scenes of a softly broken heart. The Spring saw the release of ‘Lonely Suburban Black Boy’. Cameron, studying at Yale while creating music, took a moment to shine a light on a narrative typically only brushed upon in popular culture, the story of the Black suburban.

The six-song EP followed Myles through streets of ‘Picket Fences’, poeticizing unrequited love and longing, yet it seems his wounds have healed and he has possibly fallen again. His most recent release ‘Prettysoon’ hits the waves just as we begin to linger the morning after with our favorite Summer flings. The days where you stay to grab a coffee and wonder “what if” we could be this pretty thing.

Catch the track, available on all platforms or catch the music video, a fall day on the dock with his friends and pretty lover via this link.

To learn more about Myles Cameron, read our interview below.

So, where are you?

I’m in the library on campus. My life, for the past few years, has been mostly me going to school. I study at Yale, so it’s kind of a full-time job. I don’t have too much time to make music while I’m here, but my breaks and my summers are dedicated to it. I met this producer on SoundCloud, Frankis, who is now my best friend. We met my senior year of high school. After my freshman year in college—we live 30 minutes from each other—we made a lot of music that is still on SoundCloud. This past Summer, and the semester I took off, we created this project, which I called ‘Lonely Suburban Black’. This is the music that is currently being released, beginning with ‘Picket Fences’ and ‘Yellow’, there are four other tracks on it.

I completely identify, I was a suburban Black kid. I appreciate the narrative. It’s a non-belonging, and in general, it’s not really spoken about. We’re almost invisible.

Yeah, exactly. You’re in-between places both when you’re in white spaces and to a point just as much when you’re in black ones. I feel a lot of artists, who I’m pretty sure identify with the narrative but, don’t speak in a mainstream sense. I don’t know. Someone like Danny Glover, or Tyler, the Creator. Kevin Abstract and Brockhampton have all spoken about it a little bit during an interview or maybe a mention in a song. But, I thought to myself, why has no one made a whole project about life just being a story.

Who would you identify some of your major influences, would you include Danny Glover and Tyler?

Yeah. I think Glover and Tyler, not musically, but as people, for sure. Frank Ocean will always be number one. He was the reason I started writing music.  When I heard ‘Channel Orange’, I was in ninth grade. I had written songs before jokingly, but after hearing ‘Thinkin’ Bout You’, I realized the power vulnerability could create in a song. The only other person that comes to mind is James Blake. In his production, he does this thing where he samples himself in almost every song. It’s so cool to me. The ability to get bounces without the single revelations out as well, it creates a musical fabric of the song.

A lot of your work is very vivid especially, ‘Yellow’. I’d like to commend you. Your vulnerability is inspiring. I honestly felt that I lived the story. Can we talk that track? What’s the story, who broke your heart?

The whole project is from the perspective of a younger me, a middle school me. I think, back then, I was definitely living a lonely suburban Black boy story, more than I probably am now. Usually, when you’re in the heat, you don’t have the tools to pick it apart, but it’s better. I feel now I’m in a place in my life where I can look at it, and see the whole picture and understand from a bird’s eye view. The character that’s narrating the whole project is like that, but ‘Yellow’ is the one exception song. It came really early in the process of making demos, before I had to the suburban Black kid concept, probably over a year ago.

Was there a reason you gravitated towards the color yellow?

The mood board. Before I knew what the project was going to be about, I created a moldboard of images. I knew I wanted it to be a lot of Summer imagery. A lot of yellows, oranges, pinks, and fruits. That kind of shit. The song is a string of freestyles I was reading off from the board. I have this note. I take my voice memos when I’m writing songs, and it’s me mumbling what I was looking at. I think I used almost all of the lines… we were running through wildflowers, there were puddles, the ocean’s blue, and the mangoes are red and yellow.

Are mood boards a normal part of your creative process?  You also mentioned the voice memos. Take me from ideation to the final product.

I think it happens in life. I made this whole project with Frankis. I think our process tends to be one of two things. Either I’ll come in with a piece of a song, chords, lyrics, or loop and we’ll work from there, or we’ll just see where it goes, starting really bare-bones with a piece of outside inspiration and start creating. We did a lot of self-sampling to create texture and play around. There is no perfect science. It’s kind of just a marriage of making beats and lyrics I’m writing as it’s being produced. We had 35 to 40 scraps, in addition to the six strongest we chose to release.

I don’t know. I feel like you have to put in to make it. I really really love it, and I feel you have to put in that love. I want to be respected for my music. I spent like a lot of time this past year studying the artists that I love and what makes them great or would like how they got to where they are. The biggest thing I took from Kendrick Lamar, Frank Ocean, and Travis and Tanya is they all worked their asses off. So, I’m at this place now where I have to, especially with the internet, it’s really easy to get impressions on your first material, but I don’t want to be popular and have a lot of streams. I want to be good at my craft. I just want to make as much as possible now, so that I get to the place where I’m able to be in sessions with people that I respect, creating at a high, and be paid for it. To be able to write a song in 30 minutes, and every time it’s that good, you know.

So, this project released this Spring. What’s next?

I played a bunch of New York shows during the semester I took off. I’m in talks to be playing a few shows in New York and Los Angeles. I’m like mostly focused on just like making more music.

Is it just you right now? Are you signed?

No. We got approached by a lot of people this last Fall while I was in New York, but we declined.  It’s going back and studying the industry, and the transcendent artists that I like; people that I really admire, have been able to establish a large fan base and tour without signing. That’s where my manager, my producer, and I stand, the goal is to get to that point. Once you’re able to fill an auditorium, you don’t need the labels, and if you’re interesting they’re offering you real shit. Brockhampton signed a 15 million dollar deal. They were fully touring and making all the videos; making all the music. When you don’t need a label to make the things, why even sign?

Completely makes sense. I don’t want to take up too much of your time. Where do you see your career going?

I see myself making a certain number of albums, and then, I want to be like a normal person. To release my expression and leave my legacy. That is what I’ve given the world. You’re welcome, goodbye, whatever.

Thanks for making the time, it’s been great to talk with you, I think the world is just about ready for what you have to offer. 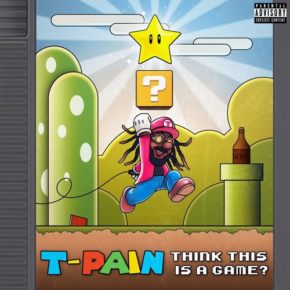 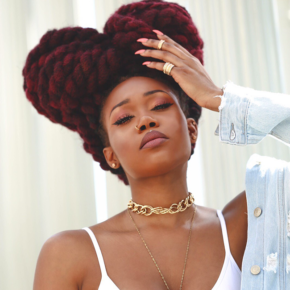