Rehashing Dru Hill’s 1996 smash hit, Atlanta-based recording artist Muva Dame returns with a song that speaks to being in a relationship that needs to end. In an attempt to communicate better with a lover in a letter, she unintentionally wrote the words to this song. Based on what we hear, it sounds as if she’s addicted to the unhealthy situation. As she’s pointed out, he has been tripping, and she claims she is tired of the games he plays, but she doesn’t draw the line. As an unfortunate result, she’s turned to alcohol to try to deal with her emotions. It seems that his intimate performance is the only thing she yearns for because its amazing, and everything else is a whole bust. Who hasn’t been there, though? Listen to the explosive R&B record by the well-articulated singer-songwriter below. 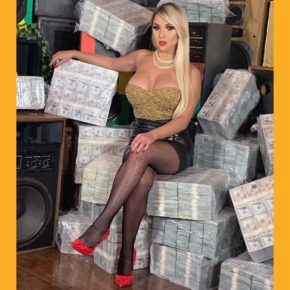