MOY – At My Door (Submission)

Like an early nineties anthemic Indie Rock song, MOY’s emotive ‘At My Door’ starts with the desire to go to another place to escape. Throughout the track, the lyrics pan towards loneliness and the constant need to transport. I believe it is a sentiment most of us can agree on right now. Take us back to the happier times! The animated video took over a month to create and “consists of over 3200 unique hand-drawn images layered on top of each other.” Watch it unfold below.

If you’re ready to jump and shout this morning, The Funk Hunters and CMC & Silenta’s track ‘Tribute’, remixed by Dub FX, is the one for consideration. Pattering an infectious Drum & Bass tune, the Australian producer “interweaves energizing breakbeats and dub-inspired interludes through the funk-derived vocals, ultimately reconstructing the blues-electronic original into rapid-fire demolition.” It’s everything you need for your run in the park, hiking up the mountain in the morning, and kicking your ass on the elliptical at your nearest gym.

Australia’s incredible Death Metal Nicolas Cage Fighter isn’t completely audible for me, but the energy that it evokes in one’s spirit is undeniable. The four-piece band is from Ballar, Australia, and formed in 2011. To date, they’ve shared the stage with American bands Attila and Thick As Blood. Stream the lead single from their upcoming album ‘Cast You Out’. If you like, you can also check out the official video below, which has a unique edit to match the intense nature of the storytelling on this track.

Sprints, the Dublin female-led band, released a fire ass track called ‘Drones’, and it is making my friends and me happy. Watch the well-directed music video for the Daniel Fox (Girl Band) production below. ‘Drones’ is from the four-piece band’s debut EP. If you’re feeling this, check out the four-track project via this link.

‘Drones’ is very literally about my struggles with imposter syndrome. I think being a female in music, I struggle a lot with feeling like I have something to prove. It’s not okay for me to just be good, I have to be great. I have to prove constantly why I am deserving to be on the stage, or holding that guitar or that microphone. That pressure can be very difficult to deal with, and I think a lot of the times you doubt yourself then, am I actually able to write? Or is this all shit? Drones is about my experiences with dealing with this pressure, but realising that a lot of people have these struggles. The bars fill, the car parks fill, life seems to go on and on, and we can become so focused internally on our issues that you don’t realise that maybe while I was wishing I was someone else, they’re also wishing the same thing.

If you were fighting to get out of bed this morning, the power-packed into Diskust’s track ‘Resurfaced’ could have got your ass out of bed. The record is the first release since disbanding in early 2020. Inject the energy coming forth from the Metalcore song and get your day started. Stream the track below. 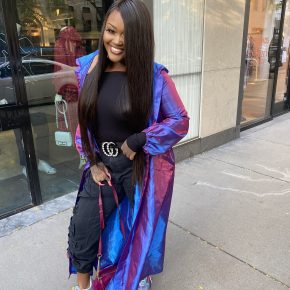 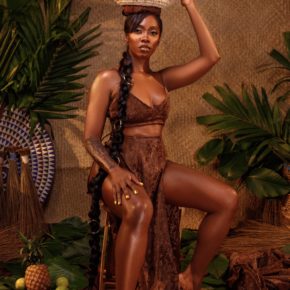