This is it I didn’t think I could be pissed again, like when Zimmerman was acquitted for what he did to him

Over a solemn beat with a flipped Hip-Hop sample, Money Mars, Accent & Kinetics takes listeners down the hell-beaten path that is being Black in America. With the help of Kid Vision and DJ Grumble, Money Mars spits in direct response to the absolute turmoil that is American race relations.

My transcendence been comprehended, now they want me apprehended

With respect for law enforcement approaching an all-time low, Kid Vision hops on the beat and lets listeners know just how he feels. He recognizes the power in his Blackness and knows it’s seen as a threat by his oppressors: “now they want me apprehended”.

We wishin’ for peace, so who’s layin’ bricks in the streets? Is it the masons, or the ghosts with the slits in they sheets?

And DJ Grumble wastes no time picking up on the same rhyme scheme that Kid Vision left off on. His first bar is a recall to the BLM riots after George Floyd and Breonna Taylor’s deaths, where piles of bricks were mysteriously being left out near protest paths. He questions who was behind it, as he remembers protestors being framed for these acts when there were rumors that a much more sinister group was behind them.

Classic America, kill somebody and make a profit

Potent and poignant, ‘I Wanna Live’ is a heart-wrenching result of our current sociopolitical climate. Money Mars, Kid Vision and DJ Grumble skillfully and tactfully expressed our present reality while, somehow, simultaneously making a great song. The awareness was side-by-side with lyrical prowess. Stream ‘I Wanna Live’ on all major platforms now—everyone should hear this one. 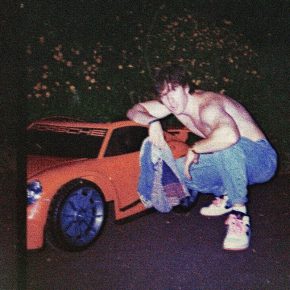