Right on time with all of the Sunday Service sightings and religious talk reentering pop culture, Moby Rich share a fantastic track—production-wise—called ‘Loser’. If you’ve ever felt less than yourself and you are honest with yourself, you may identify with the catchy record. Aptly chosen to feature in Jay and Silent Bob Reboot, you will also be able to hear the song in theatres as early as October 15.

We wrote ‘Loser’ because we wanted to have our own anthem to let people know it’s okay to be a weirdo and to not be understood by everyone. It was one of those songs that wrote itself because of how much we believe in what it stands for. It’s so easy to get caught up in what everybody thinks is cool and forget that all the things that make us unique are the parts people remember about us. No one is remembered for just blending in. Be unapologetically you, forget what’s ‘cool.’

The Los Angeles-based duo (Maxwell Joseph and Connor Pledger) will be on tour starting October 29 with Matt Maeson, kicking off at Brooklyn Steel in New York City. 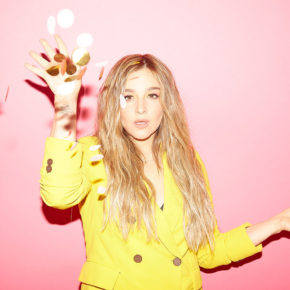