mndsgn brought some friends (Yaeji and P.U.D.G.E. to Brooklyn for his show at Pop Gun’s new music venue, Elsewhere.

n November 9, Yamarie Mayol went to Elsewhere to cover a night of music featuring sets by mndsgn, Yaeji, and P.U.D.G.E. We also did a ticket giveaway for the show. Have a look at the best photos of each artist from the night.

New York and Seoul-based producer Yaeji has been one to watch since she began creating music two years ago, making waves with compelling house beats and her distinct, sleepy vocals that alternate between Korean and English. She released her first self-titled EP via GODMODE this spring, and she is ready to release a second EP on Nov. 3. The first single from the EP, “Drink I’m Sippin On,” went live last week, and has already been named “Best New Track” by Pitchfork. 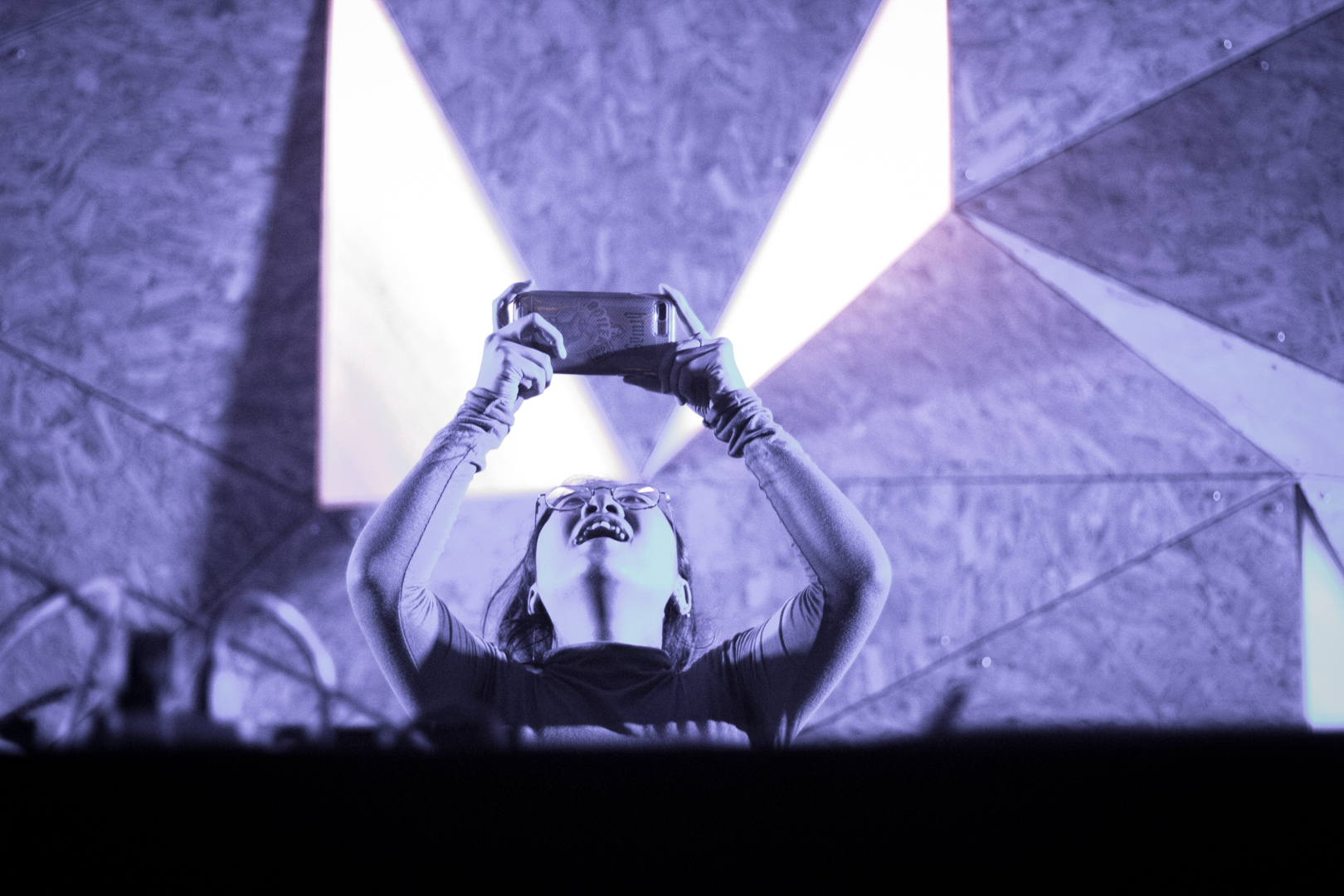 P.U.D.G.E. started out DJ’ing in the mid 90’s, in his hometown of Jamaica, Queens. Studying local legends & Jamaican Sound Systems, all the while honing his skills in the “blend-tape” era, he focused on perfecting the art of live “blends” & remixes. After graduating SJU in NY, he relocated to Los Angeles to jump-start his musical career. There, he acted as tour DJ for L.A. Hip-Hop legends Fat Lip(Pharcyde), & Myka Nyne(Freestyle Fellowship), + worked with & performed alongside famed LA Beatsmiths – Flying Lotus, Computer Jay, Dibiase, & Ras G. He has also released various instrumental projects as part of the then-burgeoning LA “Beat Scene”.
P.U.D.G.E has had the honor of showcasing his unique DJ style, & passion for music to world-famous parties & venues, such as the Do-Over(LA), Bodega(LA), Low End Theory(LA), various UK/EU festivals & nightclubs, as well as various performance spaces, Art Galleries, & pop-up parties in NY. He is currently resident DJ & one of the founders of a monthly event called “EyeSpy”in Brooklyn. With DJ & Production sets that draw from a broad range of influences, you can catch him spinning anything from Reggae to Rock, Hip-Hop and Afrobeat, back to Jazz and Funk. He is often seen having a great time playing music for the masses, P.U.D.G.E. intends to spread the good vibes of great music as far as the sound will reach.