Missy Elliott quietly had a fantastic 2019. Fully stepping into her status as a cultural and musical icon, she released ‘ICONOLOGY’, a five-song EP that somehow, in just fifteen minutes, touched on every strength of Missy’s artistry. Infectious club records, memorable one-liners, and her (notoriously underrated) singing ability span the entire project. She released ‘ICONOLOGY’ just in time to coincide with her accepting the Video Vanguard Award at the VMAs. So of course, in true Missy fashion, two of the songs on ‘ICONOLOGY’ are accompanied by unique and captivating music videos that have become the stuff of legends for Elliott.

In contrast to the incredibly colorful aesthetic of the music video for ‘Throw It Back’, the video for ‘Why I Still Love You’ features Missy in a black-and-white, muted setup, showing off her curves in a flattering black sparkly two-piece — a great nod to the 1960s and her album cover for ‘The Cookbook’. As she moves into the 1970s, she dons a luxurious afro while “The Demeanors”, her backup singers, rock everything from huge puffs to their own teased-out styles. Everything from the patterns to matching denim outfits completed the disco look as Missy lets her cheating partner know she is not the one to play with.

The final transition for ‘Why I Still Love You’ is into the ’80s Punk era. Missy has the sides of her head shaved with a mohawk that would make Travis Barker look twice with the makeup, piercings, and leather jacket to match. Her harmonies and hilarious skits with her soon-to-be-ex partner only make the video that much better.

By the end of the video, viewers can tell Missy had fun putting this together. Highlighting everything that makes her who she is while showing off her vocals, cultural knowledge, and even some acting chops had to be a very enjoyable experience. The visual for ‘Why I Still Love You’ just proves that, while Missy helped define ’90s fashion via her music videos, she had a very solid grasp on the culture from the ’60s onward and can pull off anything.

Missy ElliottWhy I Still Love You 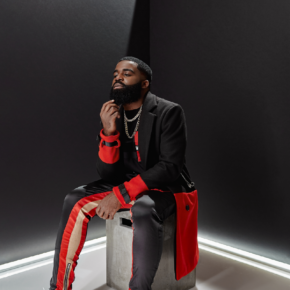