During the interview, Missy told Heather B how the idea for the movie came about and what inspired the powerful trio to join forces and executively produce this biopic about the world-renown gospel group, The Clark Sisters:

Well, we all go way back… We’re all sisters, beyond the cameras… and to find out that there was something that we all loved, like I mean, to the tenth power was The Clark Sisters. We always spoke about The Clark Sisters. No matter what conversation we were having we always ended up talking about gospel records and The Clark Sisters always came up and this has been for years that we’ve sung their records.

She went on to say that one day Queen Latifah called her and said she had the rights to The Clark Sisters movie and she knew how much Missy loved them and wanted her to be a part of producing the movie if she was interested.

Missy told Heather B: The Clark Sisters have had such an influence on the way (clearly not lyrics) but the way I structure my songs, my harmonies and stuff that I’ve done on my records, and I’ve done on other people’s records, that I’ve been inspired by them when it comes to their vocal sounds… and then she talked about Mary being involved and I’m like it don’t get no better than that! Three strong women. And we already know each other and we all know how much we love The Clark Sisters, and we wanted to make sure that justice is done correctly. We want people to walk away respecting who these women are.

The Clark Sisters have impacted other artists throughout their careers and Missy told Heather B the importance of learning who they are: A lot of artists may not know the history of different artists and it’s so important because they have had an influence on me, Mary [J Blige], [Queen] Latifah, Beyoncé, Mariah Carey, Faith Evans… so many people that people love. 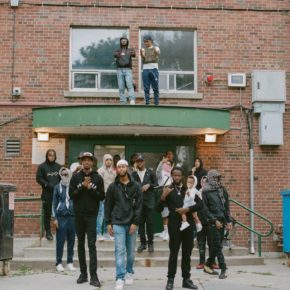