The singer who has undoubtedly steered the media and the majority of people into thinking she is a nonsensical attention twerking fool, has once again, at least in my opinion shown her creative genius.

The video uses wordplay on the song title BB Talk and features Miley Cyrus in a bonnet, bib, and diaper while mimicking baby behavior. Sucking on a pacifier, crawling around in a onesie, at one point she is accompanied by three background dancers in matching inflatable baby costumes and dancing. The aesthetics for “BB Talk” are simple pastels and crisp whites forcing the viewer to focus on Cyrus as she sits in a bubble bath with a large rubber duck and sings. In the song, Cyrus discusses her dislike for her current lover’s public displays of affection, to the point where she feels like she may vomit. She also comments on the fact that she may still be in love with her ex, to only counter everything she has said previously and admits to enjoying licking her current lover’s teeth in the last verse. 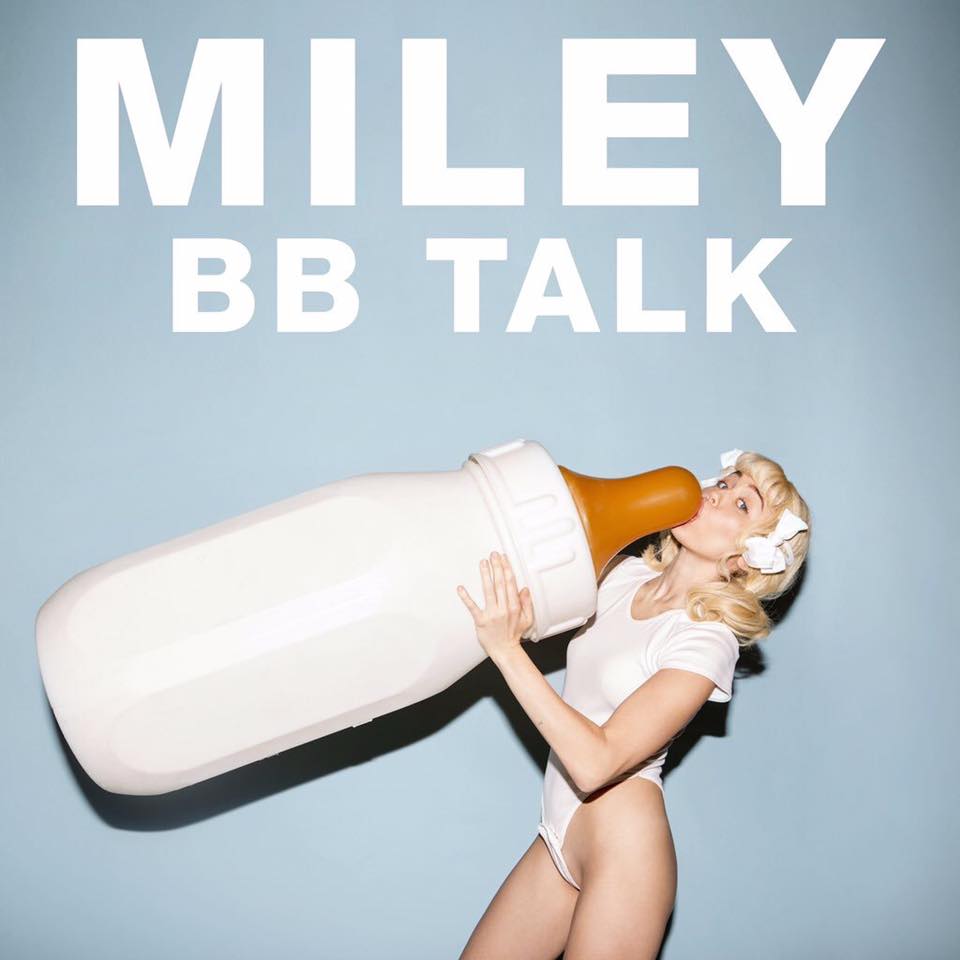 Is it possible that the baby motif is a metaphor for her inability to admit her feelings maturely? Are the displays of affection from her current lover only seen as disgusting because she feels guilty about possibly being in love with her ex? Did anyone notice the solar system mobile over her crib? As in the person, she is speaking about could be her universe, but she is too much of a baby to admit it? The most modern line in the song, “Fuck me, so you stop baby talking” is precisely Cyrus sexually manipulating her partner to avoid any emotional vulnerability; similarly to how she is crawling around in a baby costume distracting the majority of the popular music consuming public from actually listening to her confession.

The singer who has undoubtedly steered the media and the majority of people into thinking she is a nonsensical attention twerking fool, has once again, at least in my opinion shown her creative genius. And don’t worry Cyrus, I can be a baby when it comes to feelings too.