In time for the start of Pride Month and the Summer, as we know it, brilliant singer-songwriter MIKA shares the hot and steamy ‘Ice Cream’. Sure to make the party animal in most come out all season, the dance floors will be covered when the anthemic record from his full-length ‘My Name Is Michael Holbrook’ plays at a nightclub. To me, ice cream substitutes the three-letter word that brought us all to this party called “life”, as it also reminds me of George Michael’s platinum-selling record from 1987, ‘I Want Your Sex’. If you’re wondering where the inspiration for ‘Ice Creams’ came from, MIKA provided us with some context.

“Ice Cream was written on a day of extreme heat. It was the last few weeks of writing for the album; a writing period that lasted two years. Through the writing I had confronted personal, serious and at times painful issues, now I felt lighter and freer.”

He continues, “It was August in Italy. I wanted to run away to the sea, or just about anywhere. I dreamt about Summer flings with someone totally stunning and out of my reach, I dreamt about the other person I always wish I was during the summer. Instead, I was left with all the discomforts of Summer heat. Sweat, work deadlines, bee stings, and all this with no AC.”

“The song is a daydream fantasy.” MIKA adds, “It shimmers like a mirage, and makes me feel like anything is possible. Inspired by the irreverent attitude of the music of the 90s; George Michael among others. Dare to be the more proud version of yourself. Dare to be a sensual man, dare to express out loud the desires you always keep inside your head. That’s why and how I wrote it.”

The decorated artist will embark on a European tour, starting on November 10 in London with stops through Spain, France, Switzerland, Italy, and other countries. If we’re lucky, he will also do select US shows this Fall. 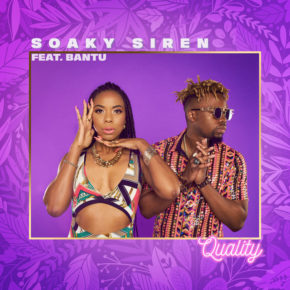