Migos’ ‘Walk It Talk It’ featuring Drake is one of the prosperous singles from the Atlanta based group’s third studio album Culture II. The video dropped online this past Sunday and already has a whopping amount of over 8 million views on Migos’ Vevo page and has gained an abundance of interaction on social media sites. 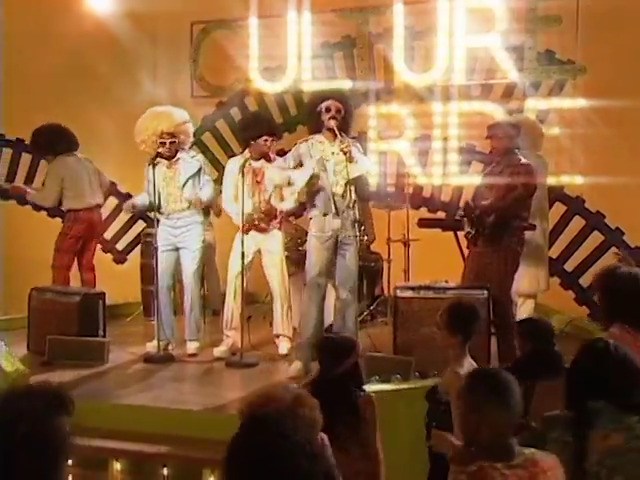 The video, co-directed by British video director Daps and Quavo, is serving real 1970’s nostalgia with its theme alluding to Soul Train. Appearing on a show called Culture Ride; Quavo, Offset, and Takeoff all grace the stage with bountiful afros and flamboyant fits. Jamie Foxx plays as the host of Culture Ride with the name ‘Ron Delirious’, in contrast with the original shows creator, producer, and host Don Cornelius. The ruffled button-ups, pastel suits, bell-bottom pants, oversized sunglasses, platform heels, vibrant patterns and more contributed to the groovy aesthetic. The audience parades around showing their best dance moves while some glide and dance on roller blades. With a guy doing the snake across the floor while trios of people dancing simultaneously in sync, the fun vibes in this video will make you wish you got cast as an extra.

Towards the videos three-minute mark, Drake comes through strutting his stuff down the soul train line doing those ever so illustrious “Drake” hand gestures and cool dance moves. Mid-video, an interlude where Foxx has two dancers solve a word scramble (also from Soul Train) occurs, and they decode the popular Migos phrase “DAT WAY.” The two dancers slap five, and the music starts back, this time with dancing machine Offset. If you are an avid Migos fan, then its no mystery that Offset knows a thing or two about popping and locking. His “robot” dance was incredibly on point as he hit every beat with high precision.

Over the years, many artists have used old television shows such as Soul Train, the Ed Sullivan Show, and Happy Days to create a vintage atmosphere in their music videos. With so much great musical history and influence from the past generations, it is never a bad idea to pay respect and salutations with a new derivative.

Special shoutout to Migos and their creative team for implementing a right amount of detail and giving us a fun visual for the song.