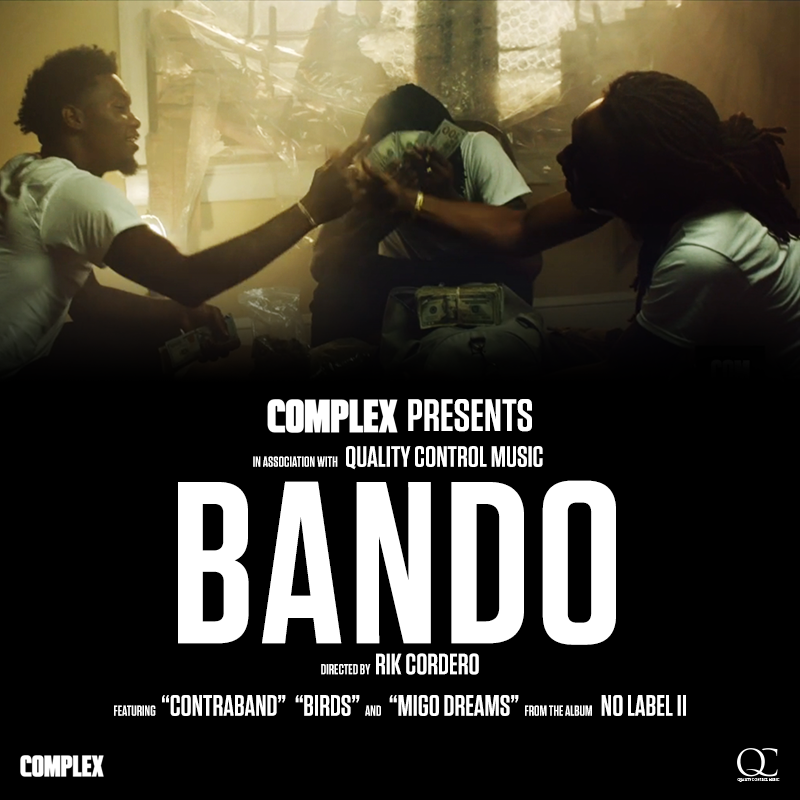 Atlanta Rap trio, Migos, has announced the arrival of their highly-anticipated short film, Bando. The 17-minute movie depicts Migos’ beginnings from trapping out the Bando up until the creation of their “Versace” flow. The Complex-produced film was written and directed by Rik Cordero and will premiere via Complex on September 10 at 12PM EST. Most recently, Migos received three BET Hip-Hop Awards nominations for the following categories: Who Blew Up, Best Club Banger (for “Fight Night”) and Best Mixtape for No Label 2 (released on Quality Control and distributed by 300 Entertainment).

Migos’ just-released music video for their latest single, “Handsome & Wealthy” (also from No Label 2) is the “Jam Of The Week” on MTV Jams playing every hour on the hour the week of September 8. “Handsome & Wealthy” is quickly climbing the radio charts and is the follow-up to No Label 2’s first single “Fight Night” which peaked at #3 at Urban radio.