In the film, Burt Reynolds, who happens to be one of Richardine’s favourite actors, portrays a wealthy businessman-art dealer. He personifies everything that an elegant, high-life has to offer. Robert, the name of his character, is also the narrator and guide through the romantic escapades of the people in his world. As the story unfolds, it follows three couples as they sail through the inevitable highs and lows of a prestigious international art fair in Miami, Florida. During that experience, the couples rediscover their true passions and inspirations, their relationships to the monetary aspect of art, and possibly finding love in the process. We don’t want to spoil it for you. Nonetheless, we will say that none of what started will end the way it began.

For the sake of getting to know the couples a little better, here are some descriptions.

Couple #1: When Lucia, a talented artist from Latin America, meets Benedict, an arrogant German artist, sparks of disagreement fly immediately, although they have to share an exhibition. 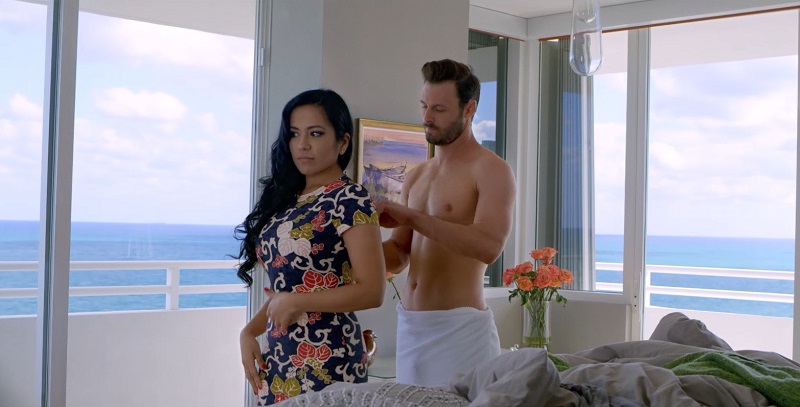 Couple #2: Victor, an aspiring writer, travels to Miami with his girlfriend Anna, assistant to Robert, a wealthy art dealer. Anna is more in love with money and her job than Victor, so he begins to spend time with the adventurous free-spirit Nina.

Couple #3: Theo, Nina’s boyfriend, paid for his first exhibition in Miami and is trying to ‘make it big’. With the help of a ‘PR Master,’ he successfully woos an attractive, rich older lady, owner of a hotel chain, to commission hundreds of paintings. However, nothing is ever as easy as it seems: the cougar expects sex in return.