Men I Trust, the Montreal, Quebec-based band, has a new record out about wishing good to oneself. Watch the video.

reeing; Walking into a green pasture in the middle of somewhere, the milky-skinned woman trots with a first-generation computing system and a flashlight. These days, computing capabilities and flashlights come with handheld telecommunication modules for convenience. The record’s detuned and off-phased synths are what make it attractive and so chill.

Its purpose is to be relaxing. It is supposed to make you want to nod your head and tap your feet at any given moment. Your chin is to bounce because of the beat. You are to be led by the light; Be it your inner light or otherwise because I think that’s what the Montreal-based band wants.

There’s a remarkable depth to the trio. No one should try to do it justice, to describe it in 300-words. Therefore, I won’t attempt today, but, to trust anyone takes courage. In my imagination as an adult, it takes a certain amount of purity and naivete to embark on such a journey—especially when you have been hurt by a man.

The group recorded the song a year ago. According to the artists, they didn’t intend to make music the day “You Deserve This” was conceived. They added the guitars and final vocals to it last month. 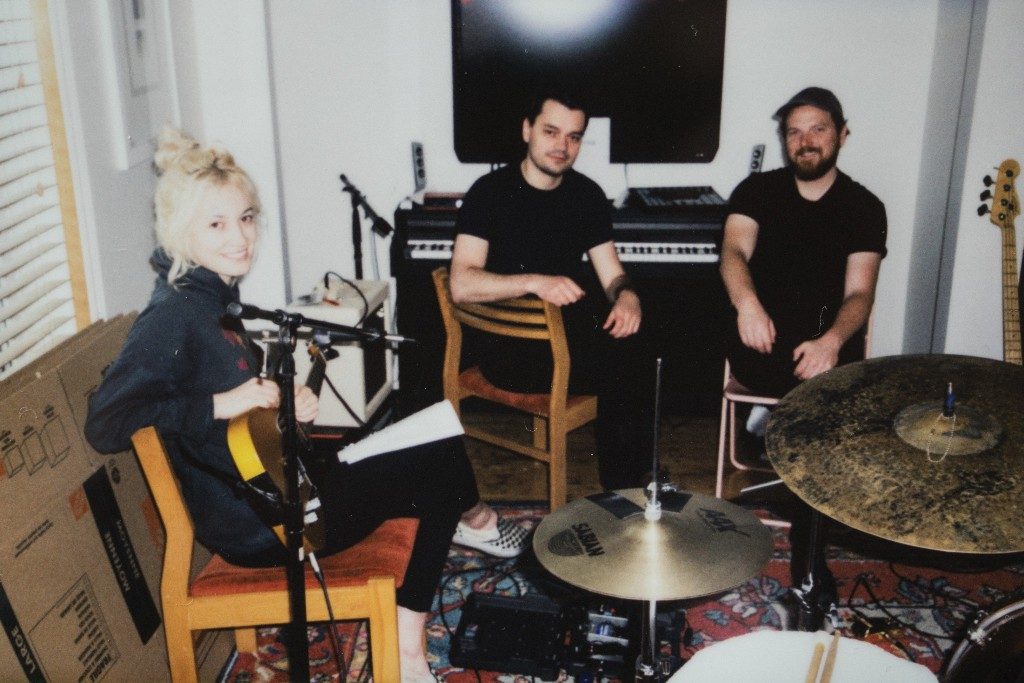 Naming a band—‘Men I Trust’—doesn’t come from thin air. I bet (and hope) there’s a story or reason behind it. In the meantime, watch the self-directed music video for “You Deserve This.” It is one of many things the group has accomplished in such a short time. Men I Trust also record, mix, and master their music.

Then, watch the warm and peaceful at-home performance video for “Lauren.”

Men I TrustYou Deserve This