Megan thee Stallion speaks up about the injustice faced by Black women, in recent interview for the New York Times Op-Ed, defending the need to protect Black women titled, “Why I Speak Up for Black Women”. Megan talks in detail about how she is no longer afraid of criticism for speaking up and will continue to especially in this society. She talks about the the upcoming presidential election, violence against Black women, police brutality, and sexism.

In regards to the election Megan wrote,

In the weeks leading up to the election, Black women are expected once again to deliver victory for Democratic candidates. We have gone from being unable to vote legally to a highly courted voting bloc—all in little more than a century. She goes on to say, Despite this and despite the way so many have embraced messages about racial justice this year, Black women are still constantly disrespected and disregarded in so many areas of life.

In the essay, Megan addresses the traumatic events that occurred back in July, when she was allegedly shot by rapper Tory Lanez, who was also charged last week for the shooting, and backlash faced after SNL performance when she called out Kentucky attorney general Daniel Cameron. She wrote, “I was recently the victim of an act of violence by a man. After a party, I was shot twice as I walked away from him. We were not in a relationship. Truthfully, I was shocked that I ended up in that place.”

Tory Lanez denied the allegation and went so far as to release an album about it. She expresses how she self reflected and realizes men view women as objects,

After a lot of self-reflection on that incident, I’ve realized that violence against women is not always connected to being in a relationship. Instead, it happens because too many men treat all women as objects, which helps them to justify inflicting abuse against us when we choose to exercise our own free will. From the moment we begin to navigate the intricacies of adolescence, we feel the weight of this threat, and the weight of contradictory expectations and misguided preconceptions. Many of us begin to put too much value to how we are seen by others. That’s if we are seen at all.

Megan talk more in debt about the struggles Black women face in this society and how they’re constantly criticized for everything. “Beyond threats to our health and lives, we confront so much judgment and so many conflicting messages on a daily basis.” She goes on to talk about physical appearance backlash Black women face.

If we dress in fitted clothing, our curves become a topic of conversation not only on social media, but also in the workplace. The fact that Serena Williams, the greatest athlete in any sport ever, had to defend herself for wearing a bodysuit at the 2018 French Open is proof positive of how misguided the obsession with Black women’s bodies is.

She opens up about her personal connect with the topic also. “I would know. I’ve received quite a bit of attention for appearance as well as my talent. I choose my own clothing. Let me repeat: I choose what I wear, not because I am trying to appeal to men, but because I am showing pride in my appearance, and a positive body image is central to who I am as a woman and a performer. I value compliments from women far more than from men. But the remarks about how I choose to present myself have often been judgmental and cruel, with many assuming that I’m dressing and performing for the male gaze. When women choose to capitalize on our sexuality, to reclaim our own power, like I have, we are vilified and disrespected.”

But you know what? I’m not afraid of criticism. We live in a country where we have the freedom to criticize elected officials. And it’s ridiculous that some people think the simple phrase “Protect Black women” is controversial. We deserve to be protected as human beings. And we are entitled to our anger about a laundry list of mistreatment and neglect that we suffer.” 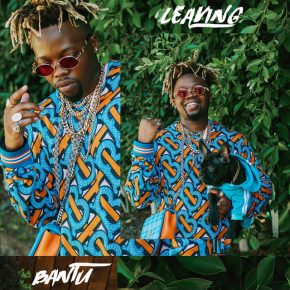 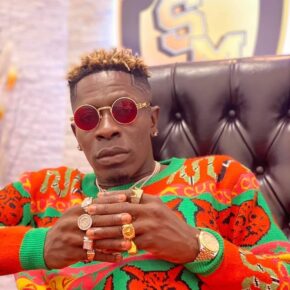