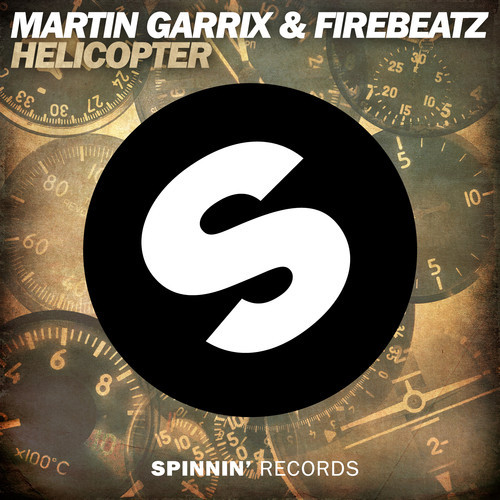 He’s the mastermind behind the EDM anthem “Animals” and now Martin Garrix has teamed up with labelmates Firebeatz to bring you a colossal tune named “Helicopter”. It’s a more than worthy follow up to his last magical tune “Wizard” with Jay Hardway. Looks like Martin is shaping up for another season of chart domination with his friends Firebeatz as this tune delivers the heavy kicks and vigorous bass-lines that will keep everyone on their toes!

The short video preview of this track has already garnered more than a million views within 3 days and with a release date set for February 17th, it should see YouTube hits go into overload. Buy Helicopter on Beatport.

Martin Garrix, just 17-years-old, has received multiple platinum and golden sales awards for his hit “Animals”, which can easily be named as one of the biggest hits in 2013. The track entered the UK charts at #1, which makes Martin Garrix the youngest Dutch artist ever achieving this. The youngster entered this year’s DJ Mag Top 100 at #40. “Animals” has had over 150 million views op YouTube. Firebeatz stormed into the music scene in 2008 and now the Holland based duo have swiftly merited a reputable and solid name for themselves. Ever since their club smashing records “Funky Shit”, “Where’s Your Head At” and “Miniman” (which all reached the Top 15 in Beatport’s Main Chart), and “Dear New York” reaching the #2 spot. Their recent collaboration with Dubvision saw them reach the #4 with ’Rockin’.