Maria Borges, a young awe-inspiring model from Angola, is our Model of the Week because she walked seventeen runways (Balmain, Banana Republic, Dior, Kenzo, Marc Jacobs, Tom Ford, and Versace) in 2012 after signing with Supreme Agency in New York City. But that’s not all. Borges is also known for being the first black model to walk in Victoria’s Secret fashion show wearing a natural afro. It is an amazing accomplishment, but why did it take so long? Honestly, racism and eurocentric beauty are to blame. However, someone (who is inclusive, open-minded and in power) made the decision to let it (blackness) fly in 2015. 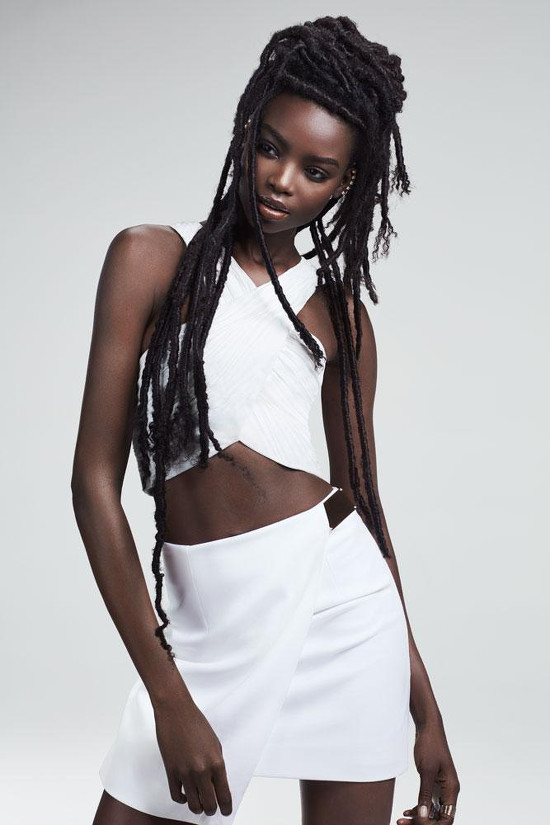 Wherever you are and whoever you are, thank you. We see what you saw in Borges, and we hope that you continue to be at the forefront of mainstream fashion. It isn’t the first time Borges walked the Victoria’s Secret Fashion Show, though. She walked in 2013 and 2014.

During the Angolan Civil War, Maria Borges’ siblings raised her. She left Angola. So far, she has appeared in campaigns for Forever 21, Givenchy, H&M, Mac Cosmetics, Tommy Hilfiger, and more. Be on the lookout for more from the 5’11” Luanda-native Portugues-speaking supermodel.