I remember when I was a kid, my grandfather would tell me about all the amazing Motown artists that he used to listen to when he was younger. Let’s be real, Motown had easily some of the greatest acts to ever touch a microphone. From Marvin Gaye to the Supremes, Smokey Robinson to Stevie Wonder, I’m positive some of our parents, and maybe even some of us were conceived to one of their songs. Fast-forwarding to today, their roster is still packed with dope talent like Erykah Badu to newcomers like Layton Greene.

Adding to this amazing roster is newcomer and rising R&B star, Malachiae. Releasing his new song ‘Try To Love’, he gives us a glimpse at attempting to love in this crazy world. The twenty-four-year-old singer has a seasoned sound reminiscent of the 90s, with silky vocals and memorable song lyrics that will have you singing the chorus by the end of the song. The future of R&B looks good, real good. Watch the video above. 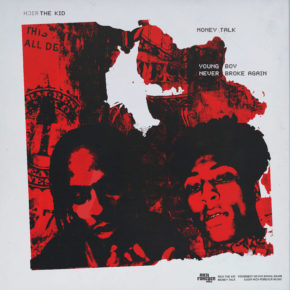