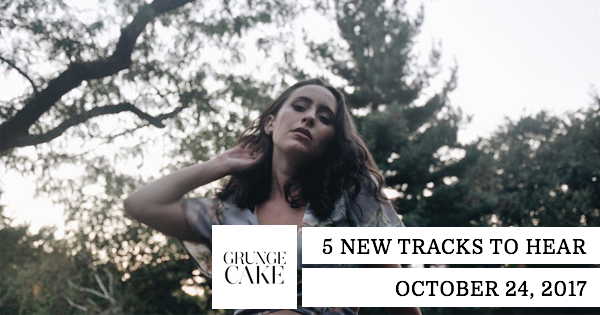 Do you remember the “trust game”? The game where you would have your friend stand behind you and you would close your eyes and hope that the person behind caught you? I used to play this game often. Sometimes, they caught me. Other times, my “friends”, who wanted to be funny, dropped me. Because of it, I had many bumps on my head. In their new song, the Heartbreakz ask you to put your trust in them. This song immediately makes you want to dance. Listen via this link, but make sure you have your dancing shoes on. Oh, and trust me. I won’t drop you. I promise.

It’s Saturday night. I’m sitting at home watching the Tracy Ullman Show. I know. Exciting right? I know what you are thinking. I should be out at a club, taking shots to the face, snorting every drug in sight, while I scope out the ladies, putting my brave face on and getting rejected and told to take my drunk ass home. The night would just end up with me drunk texting someone that I have no business texting anyway. In advance, sorry for the drunk-text messages. Listen to “Saturday Night” by Madeleine Dopico. I’m pretty sure she’s speaking to the drunk me sending those silly, “I love you” texts at 3:00 AM.

Hey, I like everyone else understands that mumble rap is here to stay, at least for the moment. When did mumble-singing become a thing? I couldn’t understand “Balenciaga.” Not a word. At first, I thought it was in a different language. I hit rewind. Then, I listened a few more times; I could distinguish like two words. I think it could be a good song. I’d be able to understand the singer if the mix gets better. The beat is good. The rap is decent, and the singing is eh. I don’t know. You tell me what you think.

808Dreams – No Such Thing (Submitted)

Why do we cheat if we have the person we say we want at home? Is it something they are doing wrong? Is it something they are not doing? Are you not feeling wanted? Communication has seemed to evaporate in these days. When is the last time you sat down and talked about how you felt? What if you are the person getting cheated on and have no clue why? Do you leave or work it out? 808Dreams explains this in his new song titled “No Such Thing.” He says his actions are due to him loving the fast girls, but he must be honest with his girl because he doesn’t want to give her up. What would you do for love?

When I was 17, life was perfect. I had no cares in the world other than going to the next party and trying to get the prettiest girl’s number by the end of the night. Sneaking drinks of Mad Dog 20/20, smoking bowls, and throwing up in the backyard. Ah yes, the life! If life was simple like that again: No adulting, no bills, jobs, or responsibilities; Just parties! Oh, yeah, that is my life. I forgot. I’m drunk, don’t mind me. Listen to CARDS, “Wonderful Life” below. Remember the good old days. Cheers!

It was 1996: The Super Nintendo released. Atari closed down. Tupac murdered. Michael Johnson, the fastest person in the world. Michael Jordan’s movie Space Jam released. The first sheep cloned. Google began to index the web. Baggy jeans were in; If you didn’t wear Karl Kani, Pelle Pelle or Lugz it was a problem. Other kids clowned you at school.

Also, this is the year the artist Aaron Aye entered the world. The young singer-rapper talks about his life and grinds since the memorable year. We live in a world full of rappers who want to sing, and singers who want to rap. I believe the kid falls short in this category. His [singing] vocals are amazing! I wanted more. I think he should leave the rapping alone; Sing only.