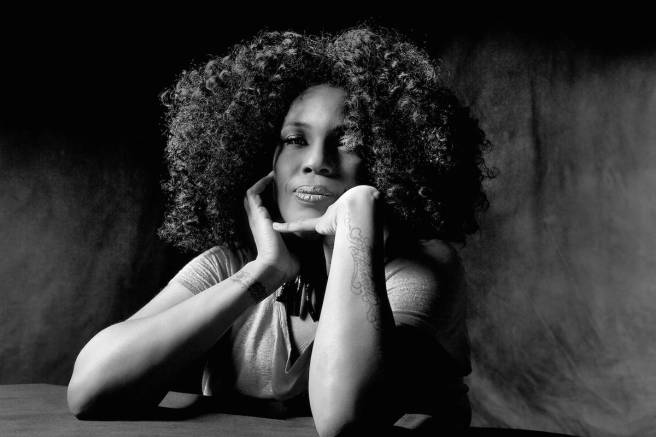 Internationally acclaimed artist Macy Gray today unleashed a third song taken from her highly-anticipated full-length out “The Way” which drops worldwide on October 7. Pre-order your digital and physical copies.

The upbeat track “Hands” offers fans a lighter, more joyful side of Macy, in contrast to the recent bluesy rock number “Bang Bang”, which she unveiled earlier this summer. “Hands” is available from today as instant-grat here.

With a colorful career that includes multiple Grammy, Billboard, MTV and BRIT Awards, and record sales of over 25 million worldwide, the integrity and innovation of Macy Gray’s artistry has allowed her to forge her own path to success and win fans and critics from all around the world. Her music transcends genres, from experimental soul and Alternative Rock, to Retro-Disco and Hip-Hop.

“I wanted to create a record that reflects who I’ve become as a woman, mother and artist,” says Macy Gray. “This album is very personal to me. I want my fans to understand the place where I’m at in life and feel inspired by my music because it’s relatable.”

However, what the accolades, awards and impressive sales figures from over the years have failed to illustrate is the depth and breadth of Macy’s artistry and vision. Her unparalleled rise to international fame and journey over the past 14 years has been an interesting one, and her latest album “The Way” reflects the woman and artist that Macy Gray has become today.

As a single mother of three and an established career woman in both music and film, Gray is now ready to share her journey with the world. “The Way” features uplifting tracks laced with Gray’s signature sound, as she covers powerful topics such as female independence, triumph over adversity, self-love and expression.

“The Way” (Macy’s eighth studio album), was written and recorded during her highly successful 14th anniversary tour for On How Life Is and is set for release on October 7, 2014 (KOBALT Music Group).

For tickets, go to: www.macygray.com