Machine Gun Kelly recently released his well-rounded 16-track album, “General Admission.” Right from the gate, MGK traps your ears and awakens your mind with his first single, “Spotlight.” It’s clear there’s a lot of truth on this album, “Another black suit another black suit, police happy to see another black shoot.” He shares personal information about problems within his family and describes life-changing experiences. His lyrics can be seen as gems to those interested in joining the world of entertainment, “Fame is a precursor to death.” He even discusses long days, popping pills and haters. 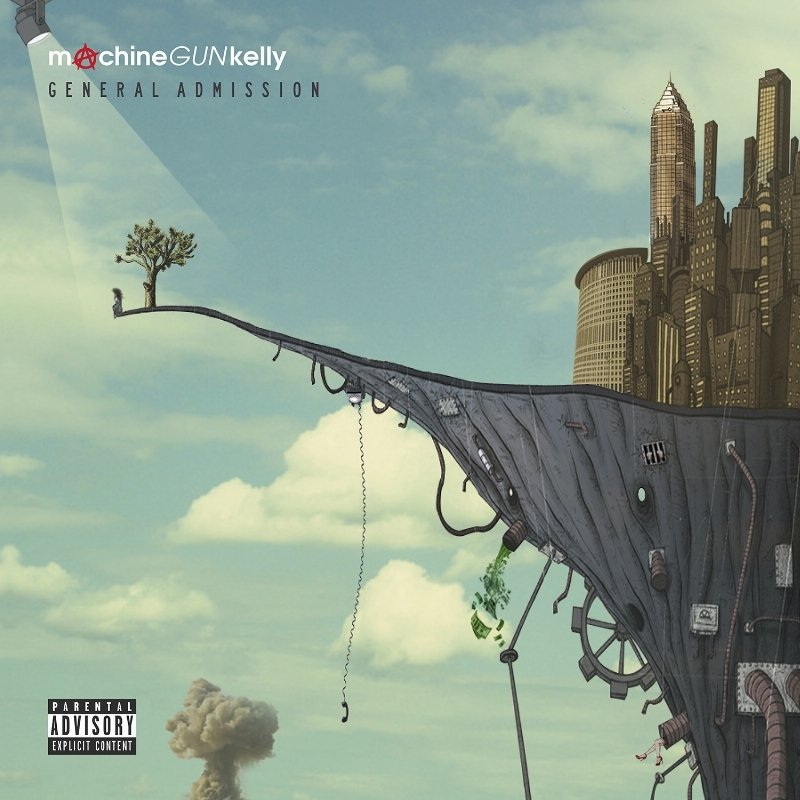 Through listening to the album, many emotions will emerge such as encouragement, reality, joy, familiarity and more. Although, famous he continues to rep his city and talk about what made him who he is today in one song he raps, “I was with him last week, now I got his damn name on my shirt.” In “Eddie Cane,” he goes into detail about his friends in the grave, jail time, and drugs.

One of the most creative aspects of the album is the blend of music genres, specifically on the single, “Bad Mother F*cker” featuring Kid Rock which blends Rap and Rock. Regardless of his humble demeanor on certain records, on others he proves why he is so successful and the lifestyle he’s able to live because of his success. He chooses to be well rounded in his music providing content for both those high in salary and low, especially with his “Everyday” single. “Everyday” is for the working class or individuals lost and struggling to work every day because they hate their job. MGK provides empowerment and understanding with lyrics describing the grind of going to sleep at 2AM and being to work at 9PM.

Songs like “Gone,” “Story of the Stairs,” and “Merry Go Round” are heart-wrenching because MGK is truthful to the point you feel his pain regardless of whether you’ve encountered his truth. Shockingly, he left everything on the album choosing to not hold back from his fans. “Merry Go Round” is the most unique record because MGK chooses to tell the story of other people rather than rapping about his personal experience.

Later the album transforms to all positivity when MGK provides encouraging lyrics for people trying to reach success, “And even though times seem bad it always rains before the rainbow.” He even speaks on bullying.

The content on this album ranges showcasing MGK’s ability to relate to all types of people in the world. Check out the well-rounded album below.