Lucky Tatt, a Fort Green, Brooklyn-native musician who started rapping at the impressionable age of 13, met with me in the heart of Times Square to discuss what he’s been up to, and more. Quiet in person but tall and stout, the self-described gritty rapper counts LeFrak City’s most public figure Noreaga as his biggest influence because of his unique delivery and witty wordplay.

“[Noreaga] gave me the inspiration to begin rapping. It’s funny because I have a little story to go with it. I recall when I was in junior high school, my friends and I [were] walking down the block and we were just joking around freestyling. Then, an older individual happened to be walking by and I said something slick. He was like, ‘Yo shorty, repeat that! What you just said?’ Made him choke on his little spliff or whatever, I repeated it. He was like, ‘Aye yo shorty, you nice. Keep it up.’ The sky’s the limit, anything is possible and I just kept it up and I continue to pursue my dreams till this day.”

What was it like coming up in Fort Greene?

Coming up in Fort Greene was, it was a learning experience. I come from like a household that was big on respect. My grandmother raised me to respect my elders and everything like that. Don’t let nobody disrespect you, on the same token, you respect other people and I think that influenced my music as well because it gave me humble beginnings and it created me to be a humble person. We had hardships you know, financially growing up, so it made me cherish a dollar.

And you know, the family was, it was broken household but the family that was there and present, we stuck together like glue and we made things work.

And how does Fort Greene differ from what it was then to now?

Well, Fort Greene, I know I could remember about then, it was mo’, it was mo’ family-orientated. It was a lot of violence. Now, it’s kind of crazy because they knocked down all of the mom-and-pop stores and shops over there and made condominiums. And a lot of real estates is being built over there. To me, outside looking in, it seems like they are trying to push the residents in Fort Greene out, so they can take that spot.

Okay, and Noreaga inspires you?

Who else who were some of your…?

At an early age, I wasn’t able to pick my own music. So I had to listen to whatever [my mom] was listening to like Queen Latifah, Rakim, Heavy D, Slick Rick, and Kwamé.

Nice, ok. So when you’re creating like your lyrics, are you pulling from everyday experience or like does it take you days to come up with songs. Does the process for you vary?

And so now, what are the things that you listen to or before you even answer that, are you one of the artists that like to just work on their craft and not really listen to radio because you feel like…?

No, I listen to other artists but I don’t listen to the radio too much. I listen to J. Cole, Section 80, early Kendrick Lamar. Fab, Jada… See it’s so many new artists coming out, it’s hard to keep up with these days.

You have a song from one of the guys on MOP. What was that like can you talk to us about that process? How did it come together, what it was like working with them? Were you in studio together or was it like I email my verse, you know like…

Which particular song are you talkin’ about?

Well, it’s the one where you have Street Fame and…

Royal Flush? Oh, that one. It wasn’t planned. We were just listening to beats, listening to beats. Then, iFresh came in the studio, who produced the track, “More Fire.” He brought Royal Flush with him. iFresh started playing some joints and we liked this one particular record, which is known to the public as “More Fire,” and we just started going at it right away.

Royal Flush got in the booth first. He just started spitting and killed it. And then I got in the booth and started spitting and killed it. Fame got in and did the same thing. Then, we put the finishing touches on the song. You know, I felt honored because both of these guys are legends at what they do. So, I just felt privileged, you know? I was excited to be working with these guys.

What is your live performance like? If someone was to listen to you and go to your show what could they expect?

They can expect me to sound like the record, if not better than the record. The best way for me to explain my show is calm, gritty, Hip-Hop. That’s what you’d see visually.

What do you like most about the Hip-Hop industry?

And what are some things that you dislike?

That’s a good question. Well, I haven’t come across [anything] that I dislike. So everything is all good. I dislike the long hours, sometimes we keep in the studio, but I love it on the same note.

Do you have any videos coming out?

I got the “More Fire” video out right now. I’m working on my EP and…

Lucky Tatt: It’s not titled yet.

Got a mixtape in the stash, that’s coming soon. It’s not titled yet either. I’m just in the studio, just puttin’ things together for my next projects to come.

So you’re still developing and getting ready?

Yeah, I’m very interested in circuits like that. I haven’t gotten a chance to touch none of those platforms yet, but I did have a chance to open up for M.O.P. I went on tour with them. That was great.

Yeah, I was very excited. That was great. So I did that. I touched various stages here in the city. I performed at Writer’s Block, Writer’s Block Tour. I performed for DJ Toshi at Classic Storm 7th Anniversary. So I’ve been touching the stages.

So what about college tours? Are you interested in that stuff too?

Cool. I need to know these things just in case opportunities comes, you know?

Outside of the music, is there anything else that you would like to be a part of? Maybe it’s still connected to music, but you like filming or are there any other passions that you have within the industry?

Oh, I would love to maybe one day become an actor, on the big screen. With a little coaching, anything is possible.

True. This is a fact.

So that’s been a dream of mine. I haven’t spoke on it, but we’ll see. One thing at a time. We’ll see where the music takes me.

So tell me about your name, how did you get that name?

The name “Lucky Tatt” came from an old head, on my block. He used to say I’m a lucky person and all of that. But first, my name was “Tattoo.” That’s the name he gave me, so I’m like, “Why you call me Tattoo?” He’s like, “Yo, you should call yourself ‘Tattoo’ because when you rhyme, you leave permanent images on my brain, like wit your wordplay and everything.’ And I was like ‘Yo, that’s dope.’ So, I added on Lucky.

Do you feel the New York scene will come back?

I think the New York scene will come back. Everything in life revolves in 360 degrees, comes back around. So anything is possible. I feel it’s on its way back right now, to be honest.

More mixtapes, albums, shows and more videos, growth and creating a fan base. That’s just about it.

Okay, how important do you think social media is for an artist today or any individual that want to be their own boss?

I think social media is very important because you’re able to reach people that you don’t see on a regular basis. You’re able to spread the word about your music to people in regions that you can’t see at that particular moment in time, but thanks the internet they get the music just like that (snaps fingers). Like in a snap of a finger, they get the music and then they spread the word and it catches on like wildfire. So I think social media is very important. 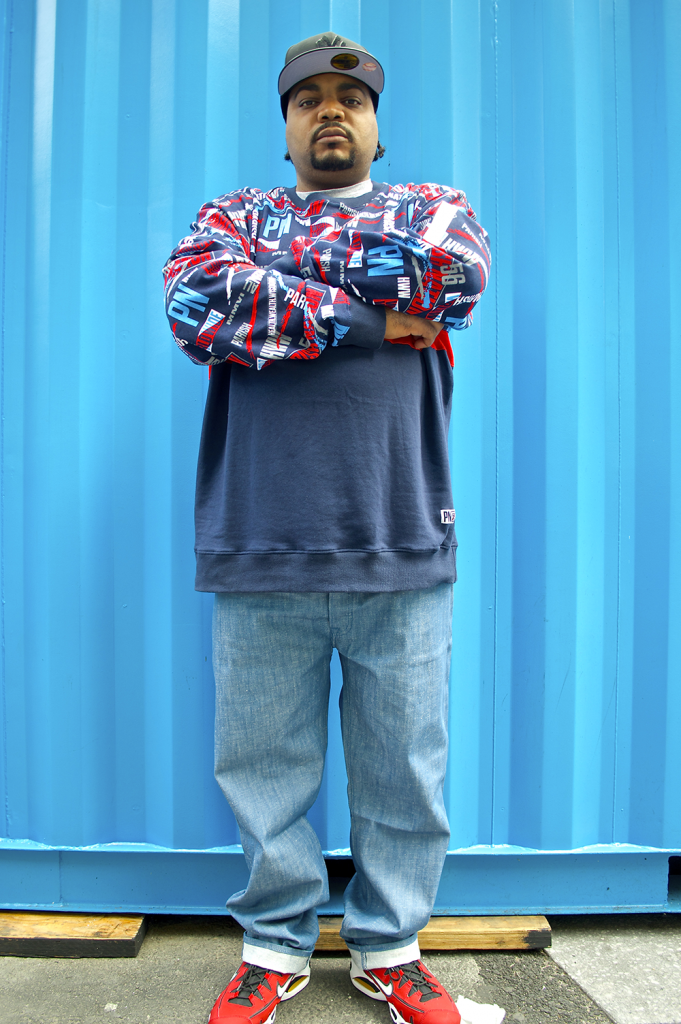 As an artist, do you have any questions that you want to ask him.

BBA: When you go in the booth, what is your inspiration?

I always pray before I even start rhyming in the booth, to myself. No big dramatics or [anything] like that. Then, I go in, and it feels like the session is being blessed.

Jeff (Photographer): Do you see a “for sure future”, making music right now? Is it something you’ll stick to?

I love what I do. If it wasn’t a future in it, I would still be doing music. This is what I love to do. I’d be working a 9 to 5 and still making music. But, I definitely see a future in the music industry. I feel I’m bringing something different to the table, but something that’s been missing for a little while now. So I think I’m going to be successful in the industry.