In early 2011, I came across Problem aka Chachi through Calmatic-directed videos for “Lobster” and “Pop That”. What I really liked about “Lobster” was, it was just one shot, a great angle and Problem’s raps were continuous. His delivery was like a freight train that didn’t stop, it rolled over you — and not to mention — he’s one of the most creative individuals to ever fill up a 16. “Pop That” was an early video that showed the Diamond Lane lifestyle. It was fast, loud, and independent.

One year later, Problem backed by League of Starz, taught the world to “Function” and brought us to “Mollywood”. I remember. “Function” was heavy, all over L.A. Not only was that the banger in the clubs but the phrase: What you doing tonight? Answer: Hittin’ the function foolie!

This would be the start of Problem introducing the world to his west L.A. slang. The first time I met the CEO of League of Starz and Problem’s manager, Pun, was at Prob’s first sold out show at the Key Club. Everybody in attendance was amazed, the whole “Welcome to Mollywood” album was performed and all the features showed up.

Fast forward to 2014 and Problem is headlineing his first national tour. He has been featured on everyone’s songs and vice versa, the list of who he’s worked with is an All-Star roster. For this interview, I linked up with Problem at Minneapolis Cabooze to chop it up about Mollywood, The Potion, Slang, Sam Smith, what it is to be real and much more. 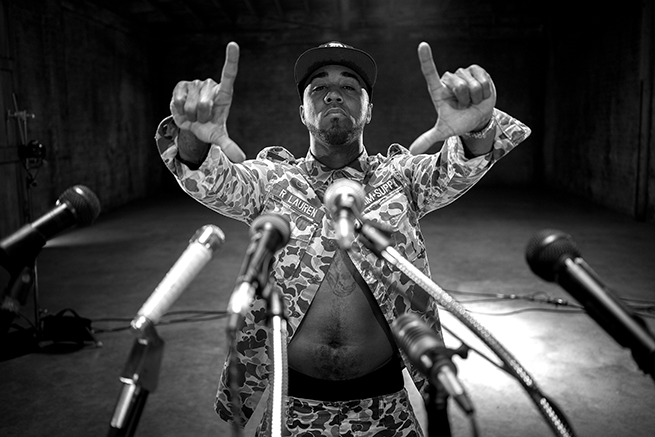