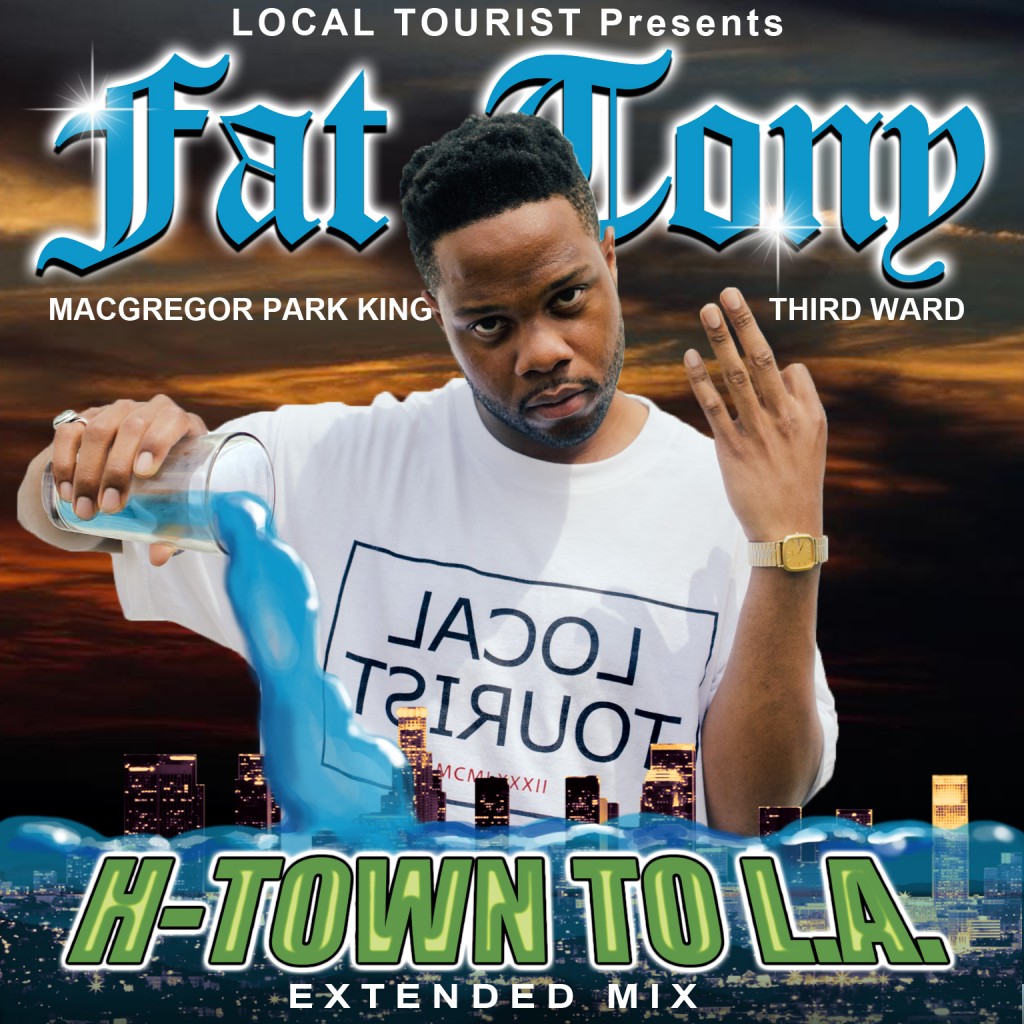 I’ve always said Fat Tony is a Local Tourist; a Houston 3rd Ward-native while spending extended time in Los Angeles, New York and touring all over the United States, Canada and recently, Mexico City. We met during the Spring of 2012 at a Hollywood club where “Rack City” was filmed. At that time, I had my store in Downtown Los Angeles, and one thing I appreciated when meeting Tony was that he didn’t try and sell me anything. We connected as being two Southerners in the City of Angels.

From then on, we’ve stayed in touch and now we’re ready to release our first official project together, an extended mix of his first single, “H-Town to L.A.” off of MacGregor Park. Check out my questions and Fat Tony’s answers as we discuss the significance of Pimp C and Big Moe, how he started DJing, comedians, and much more.

How did this mix come about?

[You] approached me about making a mix a few months back. We went back and forth on mix ideas until we came upon what you’re hearing today. I spend a lot of time DJing on the side and this was a great way to get that same energy out.

The cover for this extended mix pays homage to Big Moe’s City of Syrup. What kind of an influence was he to you?

He’s a Houston Rap legend to the fullest extent. He was popular when I was a kid, and I loved his music. It was always melodic and heartfelt. Him being from my neighborhood means a lot too. I’ll never forget 7th grade field trips, passing his CD around on a long bus ride. “Barre Baby” should be a musical standard by now. I can hear an orchestra slaying it. Rest in peace.

Why the Pimp C intro? Any encounters with Texas Rap OGs?

Why the Pimp C intro? Because he’s one of the greatest musicians to ever come out of Texas. He was there in the beginning of Texas Rap and spent years influencing the production and songwriting direction of Southern Rap music, all over America. There wouldn’t be an organ in any of these beats with[out] Pimp C’s inspiration. I’ve played shows and made songs with several Texas Rap legends. Bun B is featured on my 2012 album with Tom Cruz called, “Double Dragon.” I’ve played with Devin the Dude numerous times, as well as Z-Ro and more legends of my region. I respect them and they respect me.

How did DJing come about for you?

The homie Nick Gazin (illustrator of Run The Jewels’ album covers and many fly animations for VICE) booked me for a DJ gig after a show I played with Freddie Gibbs in New York, January 2013. On my way to his afterparty, I broke a vital part of my audio interface rendering my laptop useless for this DJ set. I had no choice but to play songs off my phone, and the bar manager was not too happy with it. I got fed up with not knowing how to flex as a DJ and decided to spend that Brooklyn Winter in the house, learning all I can about Virtual DJ. That went on for months until I started shredding on Virtual DJ and turning up every function I was hired for. I love DJing and wish I picked it up as a teenager but I’m thankful it came in my life when it did. Salute to Nick Gazin. 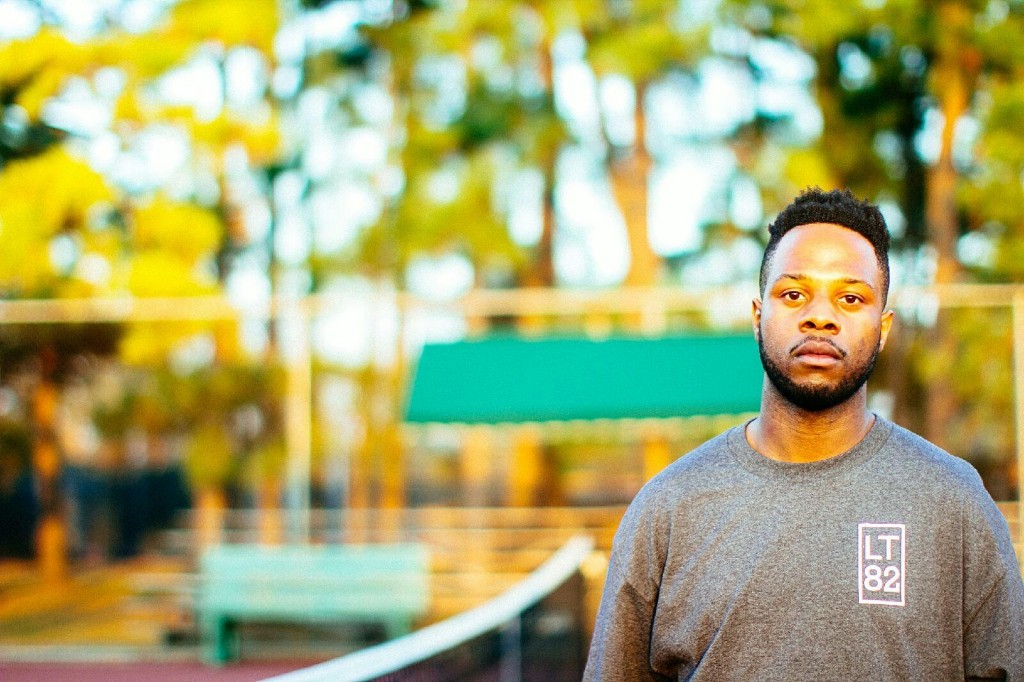 How do collaborations come up, how did you link up with the guys on “H-Town to L.A.”?

I let any collaborations I do, happen organically. Recently, I did a song with Asher Roth because he happened to come in the studio during my session with producers Blended Babies. Now, we’ve done several songs and shot a video! On “H-Town to L.A.”, I know the first verse artist L.A. SkyyWalker from when I first lived in L.A. in 2012. He’s producer Tom Cruz’s cousin. And I’ve known JO$E for years. He’s a producer-engineer from Houston (better known as iLL Faded) but I affectionately like to call him Latin Fred Durst or Spring Break Forever.

We’ve noticed you adding comedians to your mixes. What role do the comics play in the mixes?

I just love stand-up. I like throwing in bits and pieces of comics I like, like Dave Chappelle, Robin Harris, Richard Pryor and more. Been doing it in songs since grade school. It just adds another flavor that breaks up the monotony of music. I love having a bit of humor in my music ’cause we can all use a little comic relief. 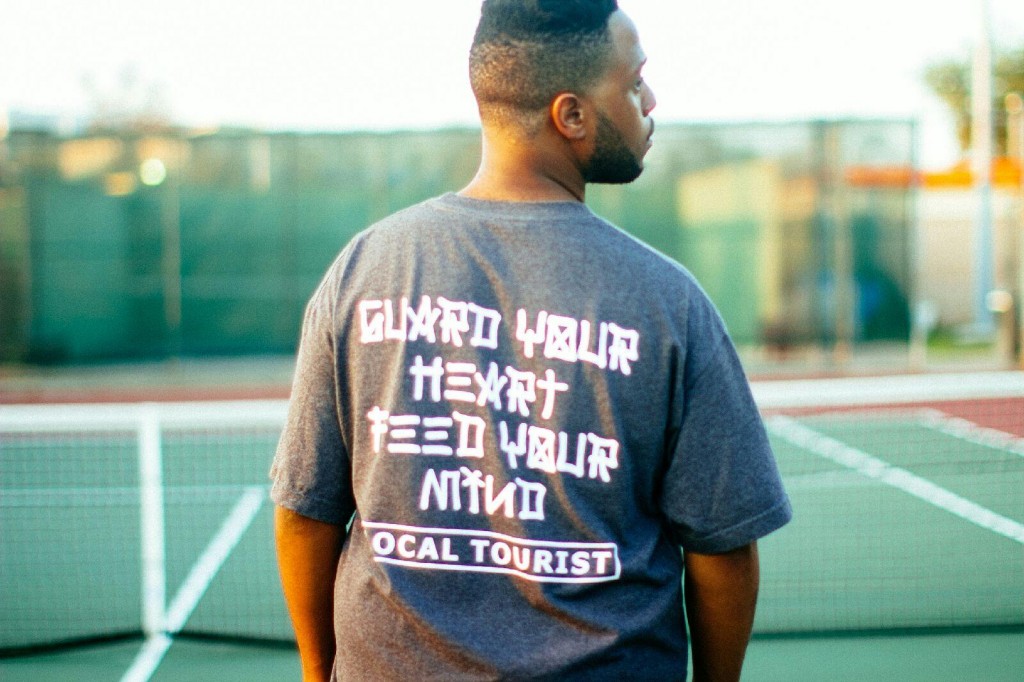 What role does humor play in your music?

Humor adds light-heartedness to lyrics that make the song more relatable. But you gotta be delicate with it. It’s easy to end up looking goofy and unfunny when you don’t know what you’re doing with humor. It’s not about knowing when humor’s appropriate, but knowing when it’s a perfect fit.

Fat Tony’s got a great sense of humor:

You’ve toured quite a bit. What are your favorite cities and why?

New York is always a great show. I’ve spent a lot of my musical life there and learned a lot from my friends and musicians in that city. Los Angeles shows are great for their positive audiences. More often than not, folks are in high spirits. The two cities I’ve loved the most though are Montreal and Mexico City. The hospitality is bar none and the audiences there come to really see a show. Maybe it’s because they really appreciate authentic American music. Austin is always fun, when I play. The audience[s] there comes to see a show and then some.

What is the connection between H-Town and L.A.?

I made my last two albums, Smart Ass Black Boy and Double Dragon, [in] Los Angeles three years ago. My upcoming album MacGregor Park was recorded back and forth between L.A. and Houston and my latest video release,”H-Town to L.A.” is directly inspired by that. I was born and raised in Third Ward, Houston, Texas but I’ve always had a fondness for California. I grew up loving Bay Area Rap and several of my first California trips took me to L.A. I plan to spend a lot of time there in the near future. It’s got a cool vibe right now. I think a lot of musicians in Los Angeles right now are learning from each other and growing. That’s what the game’s been missing.

Why did you want to do an extended mix for this H-Town to L.A. single and what’s the significance of these songs?

I wanted to let folks in on what I was listening to while making the song “H-Town to L.A.” and my upcoming album, MacGregor Park. This mix is a just a bit of what I was jammin’ at the time, and most of these songs are ones I’ve loved since I was a youth. During the album process, I was listening to a lot of Bo Diddley and Chuck Berry, and their songwriting and catchy, simplicity was a strong influence on keeping my album short, sweet, and to the point. Can’t wait for the world to hear it.

Can you tell me any about how being from Houston reflects in your character / personality when you travel and go some place new?

Houston culture is in my DNA. I was born and raised here, so the influence of the city is evident but it’s honestly not something that’s on my mind. I just let it be and have always focused on developing myself to stand apart from traditional Houston Rap musicians. One thing I can say for certain is: Houston has a great musical tradition from Rap to Country to Blues to Jazz to Rock ‘n’ Roll to Gospel and more. We’ve raised and nurtured a lot of legends. 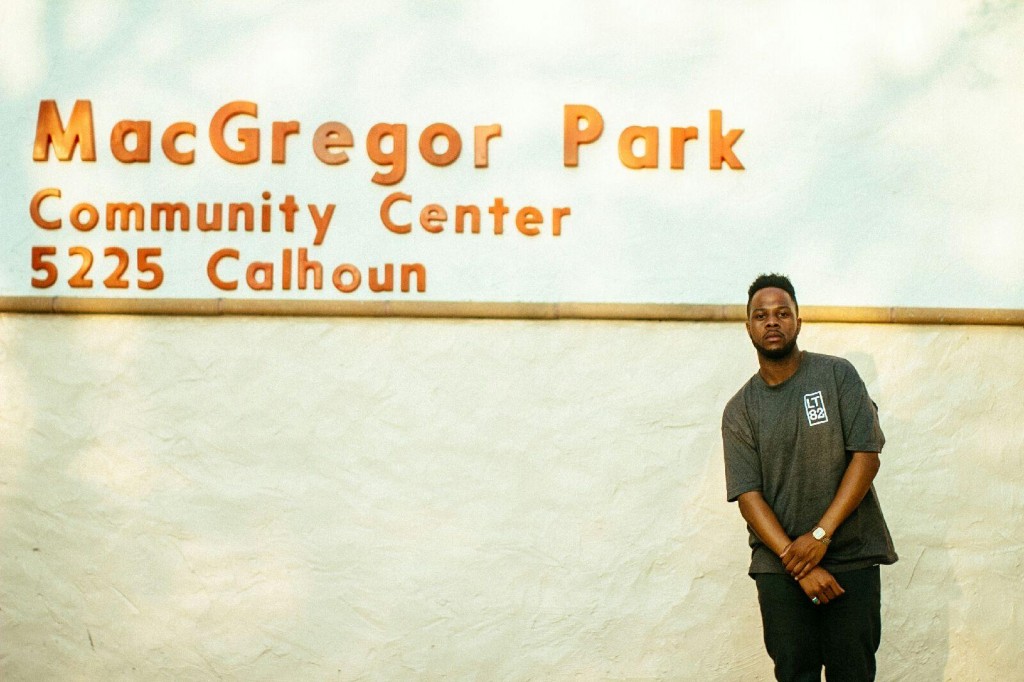 What’s your next project?

New album titled MacGregor Park. The name’s based on the park near my childhood home in Third Ward, Houston. Same neighborhood where Beyoncé, Big Moe, and more legends were raised.

Can you tell me more about MacGregor Park, the project (who’s featured, etc.) and what it was like more growing up there?

I don’t want to say too much about the album just yet… but you’ll known what it was like growing up near MacGregor Park once that song is released. Growing up in Third Ward, the neighborhood surrounding MacGregor Park, was awesome because of all it’s history. Third Ward is a historic Black neighborhood that was once the home of the Houston area Black Panthers.