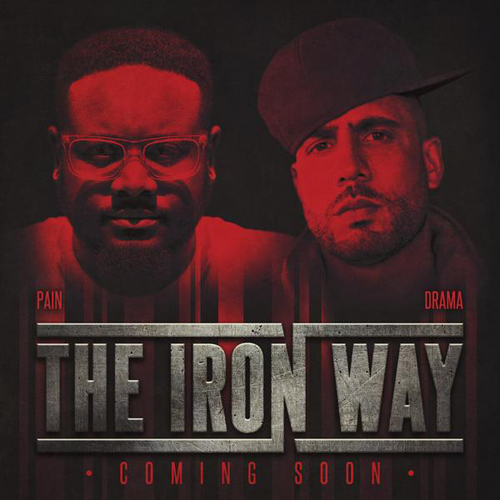 The Iron Way listening session started at 7:30. It’s always my intent to get there for the suggested time, but the MTA is always hating. I arrived at 7:40 to see a line, about half a block long *whispers to self* “This can’t be life.” Common sense steps in and there is no way that, lily white, line is for T-Pain. I turn to see a long mixed line, still no sign of relief. J Sharpe Agency was strict with their list, reneging on the plus 1s.

As Jungle Studios started to fill up, you see their logic. Classic T-Pain bellowed from the speaker. Food warmed the room. Events by Powerhouse blessed us with sriracha wings, garlicky green beans, and a banging ass strawberry salad. The room was filled with open bar boys, bloggers, and industry cool kids. The air was friendly. People were passing along stories of Tallahasse-Pain, college stories centered on “Buy You A Drink” and the spontaneity of “Up, Down.”

The room was separated into two, and from there, we got to sink our teeth into the “Bigger Than Pain” documentary. It addressed his “missing status” and any doubt about his vocals, cues SXSW performance. After the documentary, they played the mixtape as MTV’s Shaheem Reid interviewed him about each song. He opened up about the online hate that he received for doing the song, “Girlfriend” featuring Aaliyah.

His tone was reminiscent of Stoicville. He touched on the T-Wayne project, alluding to Wayne’s label situation. T-Pain was frank and candid. The audience found him more personable. The production is lush and expensive. The tape is laced with hooks and verses from Aaliyah, Bun B, OG Maco, Migos and Lil Wayne. It is bombastic; Headphones will not do it justice. It is the audio equivalent of the club “let out.” The Iron Way feels like rooftop parties, drunk kisses and front seat DJing. Pass that Aux[illary] chord! T-Pain is here. Summer, where you at?