Before venturing out to see the man of the night, it snowed and it put a cock-blocking monkey wrench into my plans. To be really honest with you, if it wasn’t a PARTYNEXTDOOR concert at Irving Plaza, I would have skipped out on it. The thought of participating in New York City’s mass transportation maze in the guck wasn’t sexy — and my ambition was to keep it sexy — so Uber was the next best thing. We arrived around 6:45, anticipating doors to open at 7 PM, but they didn’t for guest list folk. By the time we checked in, I couldn’t feel my toes. 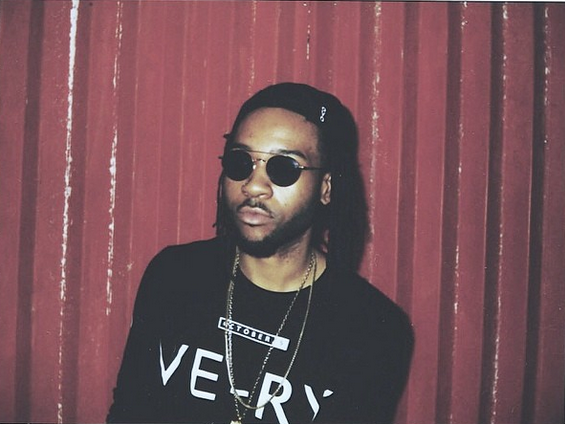 Moments after, Natty walked us upstairs and I hung my jacket up. Then, I took my shoes off. I wanted the feeling to return. As the crowd filled into this first floor, a Harlem-based DJ named Austin Millz spun apt and decent records but I keenly remember having a brief conversation about his weak transitions. I guess we all have our off days. As a result, I grew tired and so did the common concertgoers. I could see it all in their faces. The swaying and dancing stopped at the midpoint of every first verse and people were ready for the main event: OVO’s own.

After an hour of the semi-torture that occurred, Amir Obè, the Detroit-native who opened up for PARTY, fledged a lacklustre performance for the occasion. According to him, PARTY (who happens to be the protégé-signee of one of the world’s most successful rappers in history) invited him to perform and he blew it. Actually, that might be frightening in itself but to our surprise, we believed someone in his position would have a surge of energy and pour it out onstage but he didn’t. Personally, I was disappointed. However, he appeared to be nervous and it caused him to hold back. I guess that’s understandable. On the other hand, his friends who were on stage (but off to the side) seemed to all have the party gene. They were really exciting and mouthed all of the words to his songs with him. We wanted to see them onstage with him. It might have lifted his spirits. We’re not rooting Obè out yet, we just hope next time he brings it.

I did think his use of T. Baby’s “It’s So Cold In The D” was funny though.

After long moments of entourage and house staff cleaning off the stage and fumbling with the curtains, finally, PARTY came out and subsequently lit the stage on fire. His voice was so beautiful and we loved every moment of his presence. Oddly, once or twice he left the stage and came back. Perhaps, a bathroom break or he needed moments to catch his breath? Who knows — and because of that last sentence, I need to make it clear that he wasn’t winded, ever. His vocals were clear and pristine. In fact, he sounds just like his studio recorded material, if not better live. He looked us in the eyes several times, and I remember feeling like he was piercing my soul. His eyes are hypnotizing. I don’t think I’ve experienced that before, in a concert setting. I can only imagine how the fans felt when he touched their hands, as he performed.

P.S. Don’t be alarmed. Your girlfriend might throw her bra onstage.