In a sense, it’s the passing of a creative and musical torch this time around. 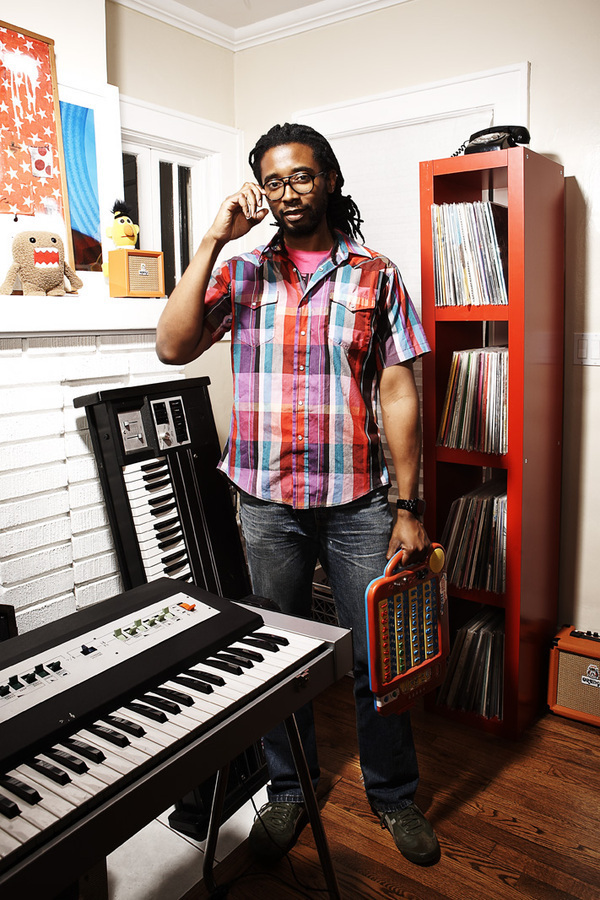 Throughout the history of the Toonami’s anime and action-packed cartoon block, hosts Tom and Sarah have always supplied hard-hitting beats during the early 2000’s during the introduction of shows or particular ads. Jason DeMarco has always provided the soundtrack during the glory years, but the Toonami faithful fan base knows him as DJ Clarknova. Fast-forward twelve years later after being cancelled, some rebranding, and a fan-petitioned revival, the tradition of combining dope Drum and Bass fused House beats with anime that we all know and love carries. In a sense, it’s the passing of a creative and musically sound torch this time around.

Recently the folks at Toonami and Adult Swim placed their stamp of approval. In the midst of celebrating the new year with the latest release from the Atlanta-based graphic designer and producer Chris Devoe, called Attics and Inventory Pt. 2. It is the second installment of Devoe’s beat tape series with the original tape released back in 2005. Devoe is well-known for being a staple in the Atlanta DJing and party scene. His talent even brought him overseas for tours.

This project has twenty-seven original tracks from Devoe. Fans who loved the previous releases under the Toonami brand with Clarknova are bound to enjoy the trippy sounds and intergalactic bass lines all over this tape. Out of the twenty-seven tracks, the final track stands out the most. It’s an original mix that runs over an hour but, it’s worth the listen. There are some other musical gems on this project, including the tracks that used samples from classic anime films. Adult Swim and Toonami had always been trendsetters when it came to the music scene; this is just another example of them giving the eccentric artist a platform. Check it out via this link.