Nicki Minaj’s highly-anticipated Instagram live was held on Thursday, July 8, 2021. During the live session, she talked about different topics, but one of the highlights from the live session was when Lil Wayne revealed his favorite sex position.

What is your favorite position? Lil Wayne replied, On top. On any part of life, period. It’s not just the bedroom. Just on top.

Following Nicki’s reply after he revealed his favorite sex position, the Young Money boss further explains why he gave such a response to his labelmate, he said: “I can explain. When you on top… So, I don’t want to mess you up now, Nicki. Listen, when you’re on top, you just lay her down, ya tell her, Stop moving, stop moving, stop all that humping back. Stop that.”

As the conversation progressed, Lil Wayne reveals that he likes a woman to know the power she possesses during lovemaking. He said:

So a woman could be like, ‘So damn I’m just laying here, I ain’t humping back, I ain’t doing nothing and you feeling like this? I’m a powerful mutha fucka.’ I just like a woman to know the power she has, possess. 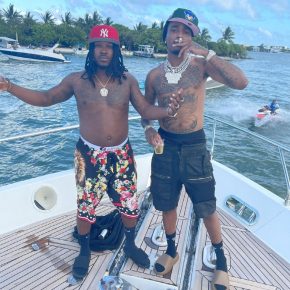