Lil Durk’s ‘They Forgot’ tells the stories of a young man in the new millennium. 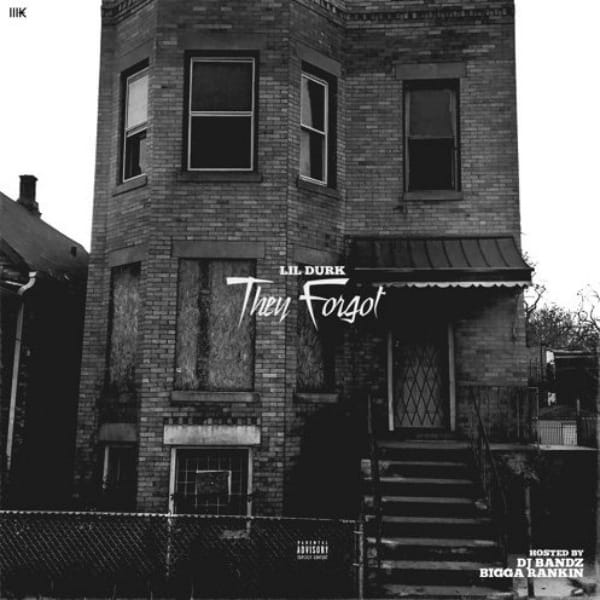 This week, Lil Durk released his new highly-anticipated project ‘They Forgot‘. One song in, and you’ll learn that there’s a difference between being in the streets and being a street guy (or girl.) By the sixth track, you’ll learn what to refer to a friend that murders your other friend. There’s also a song that addresses select few (or many) that “talk like they want to die today”.

There are nine artists on the project including Lil Reese, Meek Mill, BJ the Chicago Kid, DeJ Loaf, YFN Lucci, and the current it-boy 21 Savage. Aside from ‘Baller’, and the online support we’ve gotten from the producer TyMadeIt, I like ‘Shooter2x’ with 21 Savage. I don’t see the producer’s credit on the streaming website. Nonetheless, it is a well-produced track. Young Chop-produced “Victim” is entertaining. The track with DeJ Loaf is what you’d think. Lil Durk sings about having a street bitch, and she sing-raps about being a street bitch.

I’m a fan of BJ the Chicago Kid’s so whatever he sings would more than likely catch my attention. On the last track, the fellow Chicagoan sings about making it out of the streets. Most young people who are (or have been) living the street life want to get out but they can’t. Usually, it is because the things they’ve done have them throat deep in things they can never escape. Can you imagine living and constantly having to look over your shoulders, and anticipating revenge? It’s not fun, whether you’re the prey, the predator, or an innocent bystander.

Stream the fourteen-track project, hosted by DJ Bandz and Bigga Rankin, in full below.

Also, check the remaining tour dates below. Lil Durk will be in New York next month (December 22) at Irving Plaza.