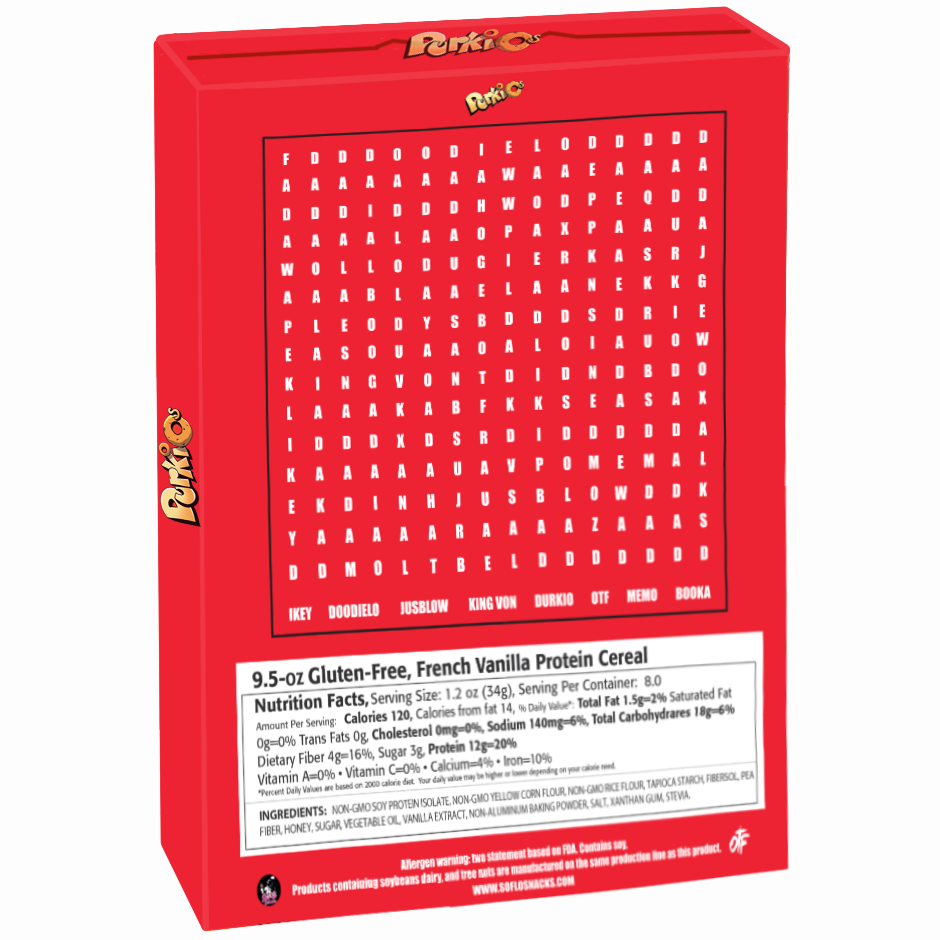 As far as we know, yes, he is. Back in 2013, Buzzfeed wrote an article that listed twenty-four rappers (Kendrick Lamar, Kreayshawn, Nicki Minaj and Snoop Dogg are some of the musical acts on their list) with a hypothetical cereal brand, but what SoFlo Snacks and Lil Durk have done isn’t quite a meme-worthy listicle. At the beginning of the year, my nephew Esparo showed me SoFloSnacks page. He explained the purpose of his business. Shortly after, a few boxes arrived at the house. I remember having the Cinnamon Toast Crunch Churros. I haven’t had the itch to cereal in a long time unless it is low in sugar, or made with no sugar at all.

As of Friday, the rapper and the young Florida-based entrepreneur unleashed it for fans to order. The limited cereal is now available to order for $24.99; the first three-hundred signed by the Chicago-native artist. Esparo, you’ve done a fantastic job with the link up—just seven weeks ago. To learn more about the innovative release, visit this link. Congratulations to Lil Durk and SoFloSnacks! We wonder who’s next.

The prophet brought our boy @durkioworld some SoFlo Snacks #ItsAHabit

PS: Esparo also appears in Lil Durk’s official video for ‘I Know’. His cameo begins at 1:32, his close-up happens at 1:37. Check it out below. Over thirteen million people (worldwide) have viewed it since December 7.