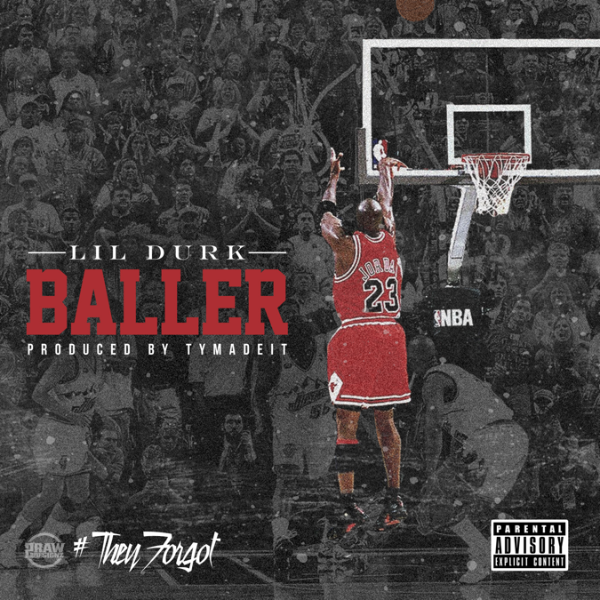 Lil Durk, one of Chicago’s youngest and finest rappers, released a new track called, ‘Baller’. Surprisingly, he reveals the depth of his lies. Then, he lets us all know that he can put a woman of interest in a mansion, specifically in California. Stream the TyMadeIt production below. It’s the first official single from his forthcoming project titled, ‘They Forgot’. It is set to come out later this month. Lil Durk is currently on tour in support of his latest release, Lil Durk 2X.

Also, check the tour dates below. Lil Durk will be in New York next month (December 22) at Irving Plaza.

2016 has turned into a huge year for the South Side Chicago rapper with his summer full-length studio album, ‘Lil Durk 2X’. The album follows the release of his acclaimed mixtape 300 Days, 300 Nights, which dropped in December 2015. Prior to signing with Def Jam Recordings, Lil Durk began his career in the music industry by collaborating with artists such as Juelz Santana and Meek Mill, as well as with fellow Chicago-based rappers. Since his day’s on the streets of Chicago, the rapper has caught the attention of Rolling Stone Magazine, who proclaimed that “Lil Durk’s fast rise to fame hasn’t dulled his sharp edges”, and Pitchfork who stated “It’s apparent that Durk has a solid ear for production” amongst recognition from The New York Times, and more.