Hailing from the West Side of Harlem, LevyGrey (pronounced like the word “levy”, meaning to impose a charge on someone), is a crafty and seemingly calm individual who spends his time producing music for himself and others. Very dialled back in comparison to what we’ve seen in music videos, the New York City artist sat back on the sofa at the Cinematic Music Group HQ in Brooklyn as we prepped for a discussion. Knowing Harlem is a territorial place, I led with questioning concerning his turf.

I’m from Harlem, born and raised. The west side. One-hundred sixteenth.

“Are there any prominent people come from that area specifically?” 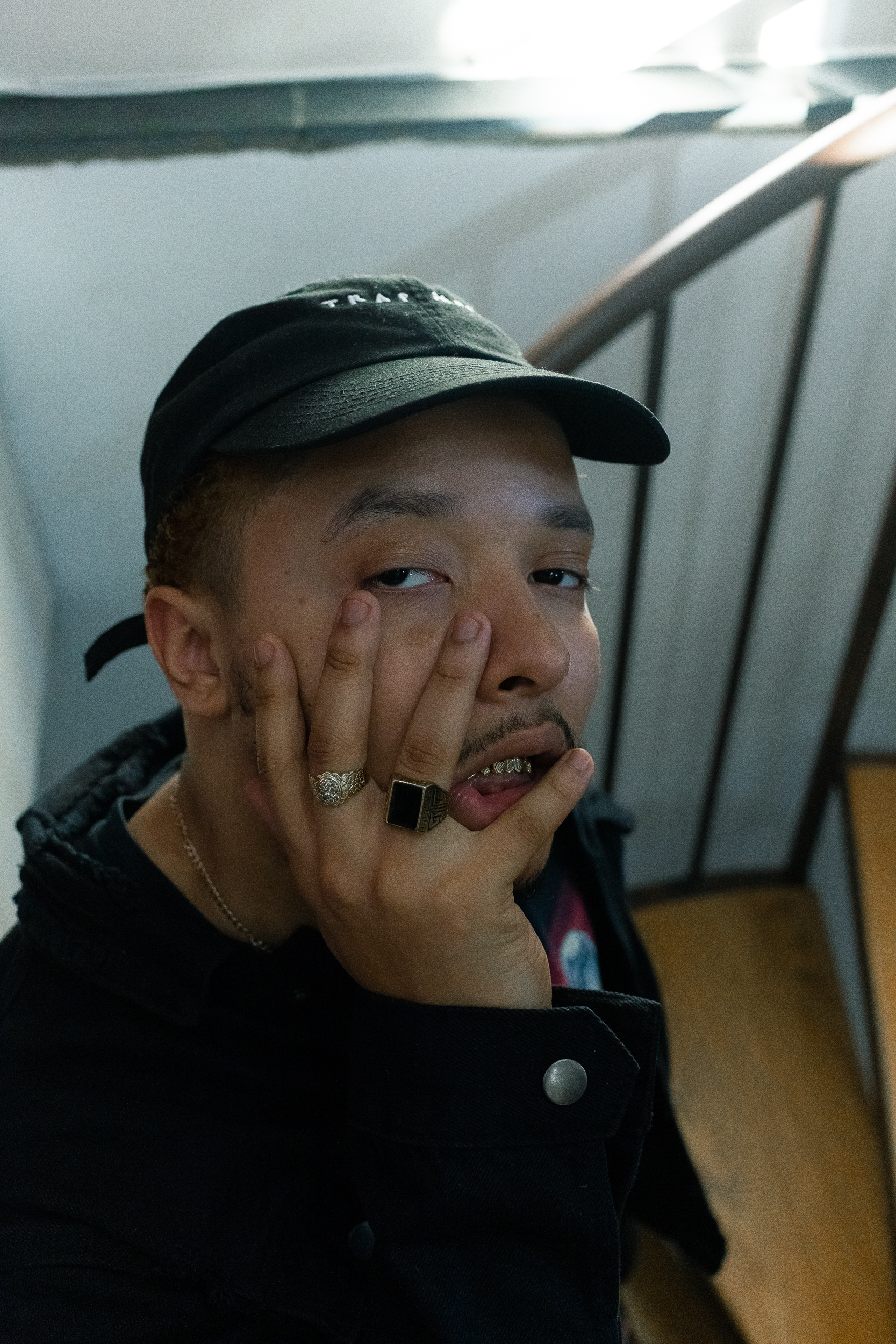 I don’t know if you can hear it in the background, but Smoke DZA. He’s from the same neighbourhood as me. That’s how it [the relationship and deal with Cinematic] started.

The atmosphere was smoky, noisy, and filled with artists and their friends. As the business of the space naturally occurred, Smoke DZA recorded music in the room next to us. LevyGrey has produced with Smoke DZA on multiple records or collaborated with him as a vocalist. He is featured on Smoke DZA’s 2018 release ‘Not for Sale’ featuring Joey Bada$$, D.R.A.M., Velous, Bodega Bamz, Ty Dolla $ign, Vado, DOM KENNEDY, and Cozz.

It might be your first time seeing LevyGrey or hearing his work as the main act, but he’s no spring chicken. He’s worked on music for a Netflix original film called ‘Deuces’. Also, he has production credits in a new film called ‘True to the Game’ and in the trailer for ‘Brotherly Love’. Producing for the new age legendary musical group Pro Era member Nyck Caution is an accolade on his résumé, too.

LevyGrey got his start in the music business as someone who handled clearances for Kendrick Lamar’s ‘To Pimp a Butterfly‘.

“What did you learn from that experience?”

I learned that I had a passion for film. To score [a film] was a brand new experience for me and I like a challenge. Not to say that I’ve mastered music yet because I can always grow. I just had a crazy passion for it after I did it. When I was in college, I was in the film club. I was trying to get my feet wet with that… Film festivals and stuff like that.

I asked if he’s done any directing. The ‘Mad Over We’ singer disclosed that he is becoming more hands-on with his with music videos. He promises we’ll see more of his directorial efforts via his forthcoming releases. As far as his single featuring Beam is concerned, he wanted to recreate the infamous Carribean basement party or “bashment” where most young people have fun. The team shot the video in the Canarsie area of Brooklyn; known for its high population of people from the Caribbean and the West Indies.

I wanted to know where LevyGrey’s family was from, so I asked.

“I’m Black and Italian”, he replied. “But all my mom does is play Caribbean music since I was a kid, so it’s kinda in my DNA…” he said with a slight hesitance. “Not really”, he continued. 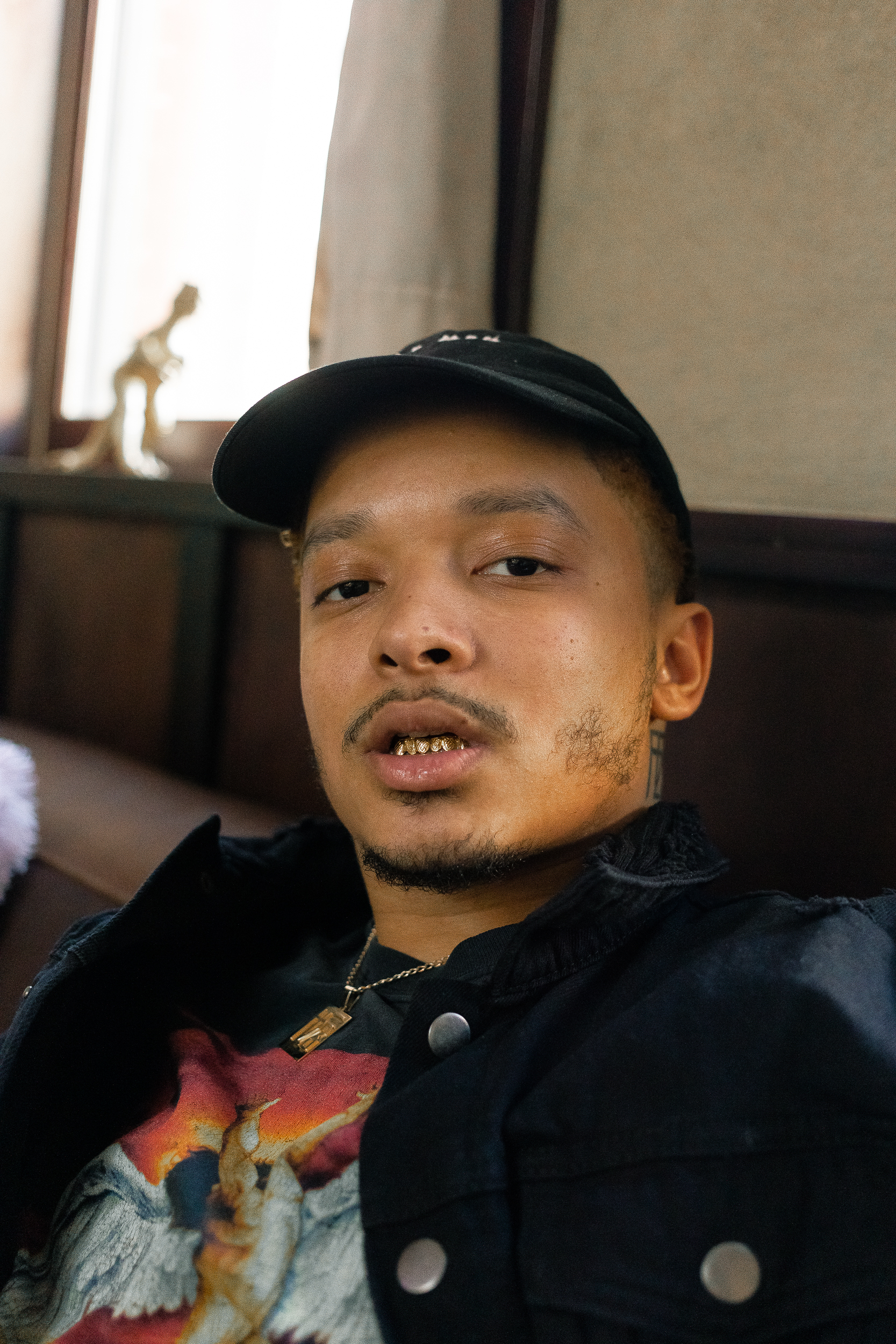 His EP, ‘Shades’, is his “introduction to the world again.” He put out a project approximately four years before that. It was just something to put out; listen to with my homies, stuff like that. But with this one, I wanted to blend sounds and genres, concepts and try to make something new and fresh. So, the shades thing is like different shades of me.”

“Yeah, a palette of sonics.”

Be on the lookout for the release of his video for ‘Temptation’. He didn’t want to spoil it, but he did share what inspired the song.

“Well, ‘Temptation’ is kinda like me living out these temptations, thoughts in my head, stuff like that.” He went on to say that he found inspiration from previous relationships that didn’t work out.

LevyGrey is so chill in person, but according to the artist, his live performance includes mosh pits, throwing water, and crowd surfing. Like most entertainers, he explained that he becomes a different person when he’s onstage. 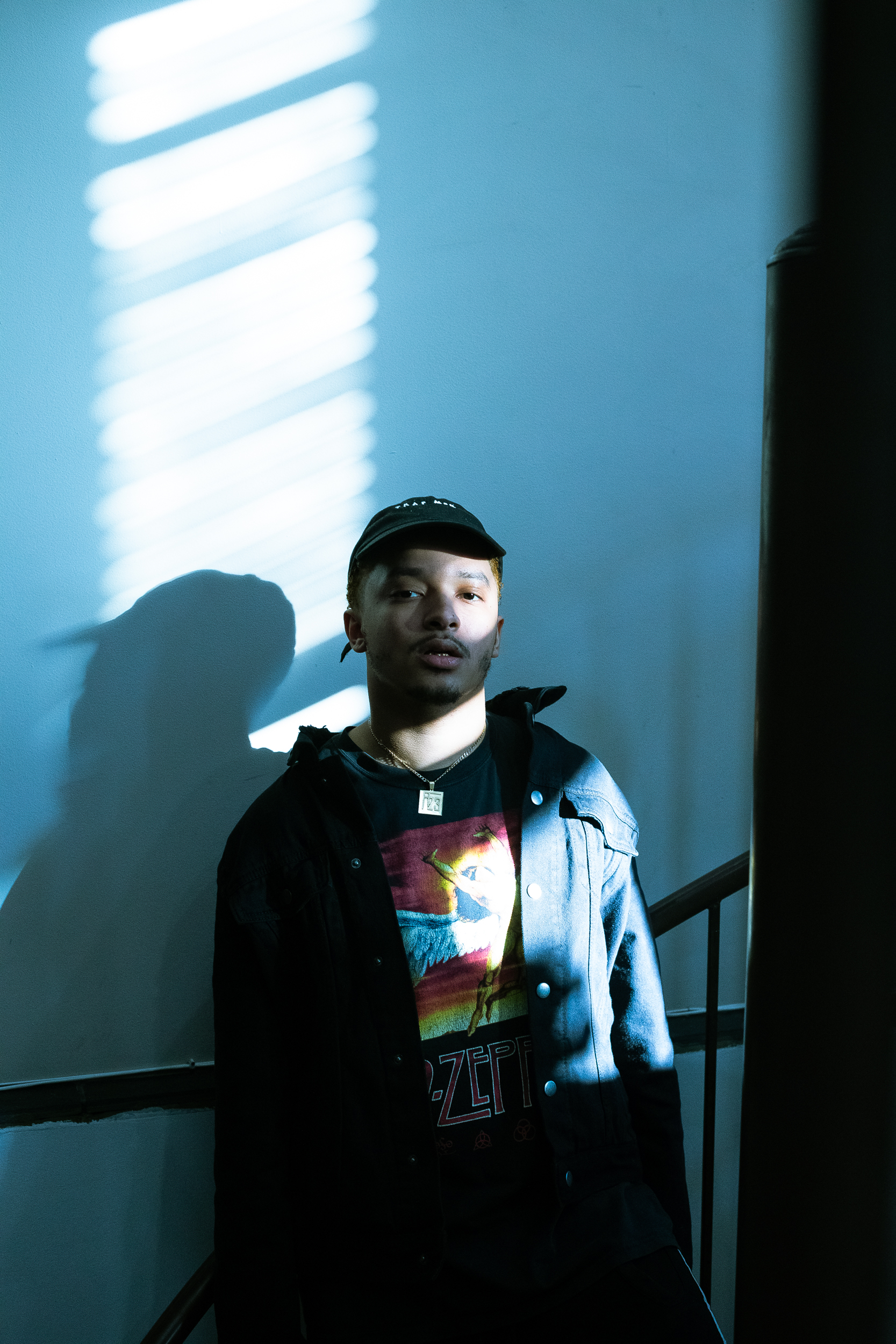 Nowadays, we want our featured artists to recommend new artists for us to check out and promote. LevyGrey shared a list of five artists: Cobain, Seathlor, SparkIaM and Don Mykel, in which he has served as an in-house producer. Finally, he has music with Lil Trevo and Napoleon Gold on the horizon.

*LevyGrey is spelt without space. The “G” is capital.

Thank you to my team (Ryan, Steven, and Brandon), Katie from Cinematic Music Group, and IMG Agency.