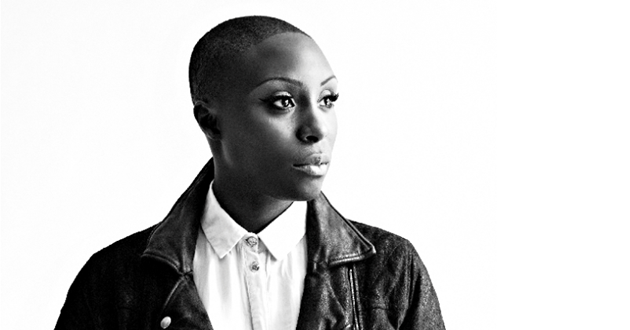 Laura Mvula, the small town girl with a big voice headlined the Bowery Ballroom on Monday night and she left New Yorkers startled and pleased — so pleased she received two encores. Before then, we didn’t know much about her. What a great way to experience her — live. Get to know the beautiful 25-year-old British soul singer-songwriter from Birmingham through her latest visuals below:

This is the first video we watched and we fell in love with her.

More about Mvula from Wikipedia

Mvula grew up in the Birmingham suburbs of Selly Park and Kings Heath with two younger siblings and was influenced by the girl band Eternal. Her mother is from Saint Kitts and her father is from Jamaica. In 2005, Mvula sang with Black Voices, an a cappella group set up by her aunt. In 2008, she formed a Jazz / Neo-Soul group called Judyshouse, singing lead vocals and writing material for the band. Mvula was Director of the Lichfield Community Gospel Choir, founded by Black Voices and Lichfield Festival in 2009. She has also previously directed the Alvechurch Community Choir. Mvula graduated from the Birmingham Conservatoire at the Birmingham City University with a degree in composition. While she was working as a supply teacher in a Birmingham secondary school, she started writing songs on her laptop. She was working as a receptionist when she sent out two demos to several people in the music industry. One of them, Steve Brown, heard the songs and sent them to his manager, Kwame Kwaten, who would become Mvula’s manager. In a 2013 podcast for The Daily Telegraph, Mvula admitted to suffering from “crippling stage fright”.