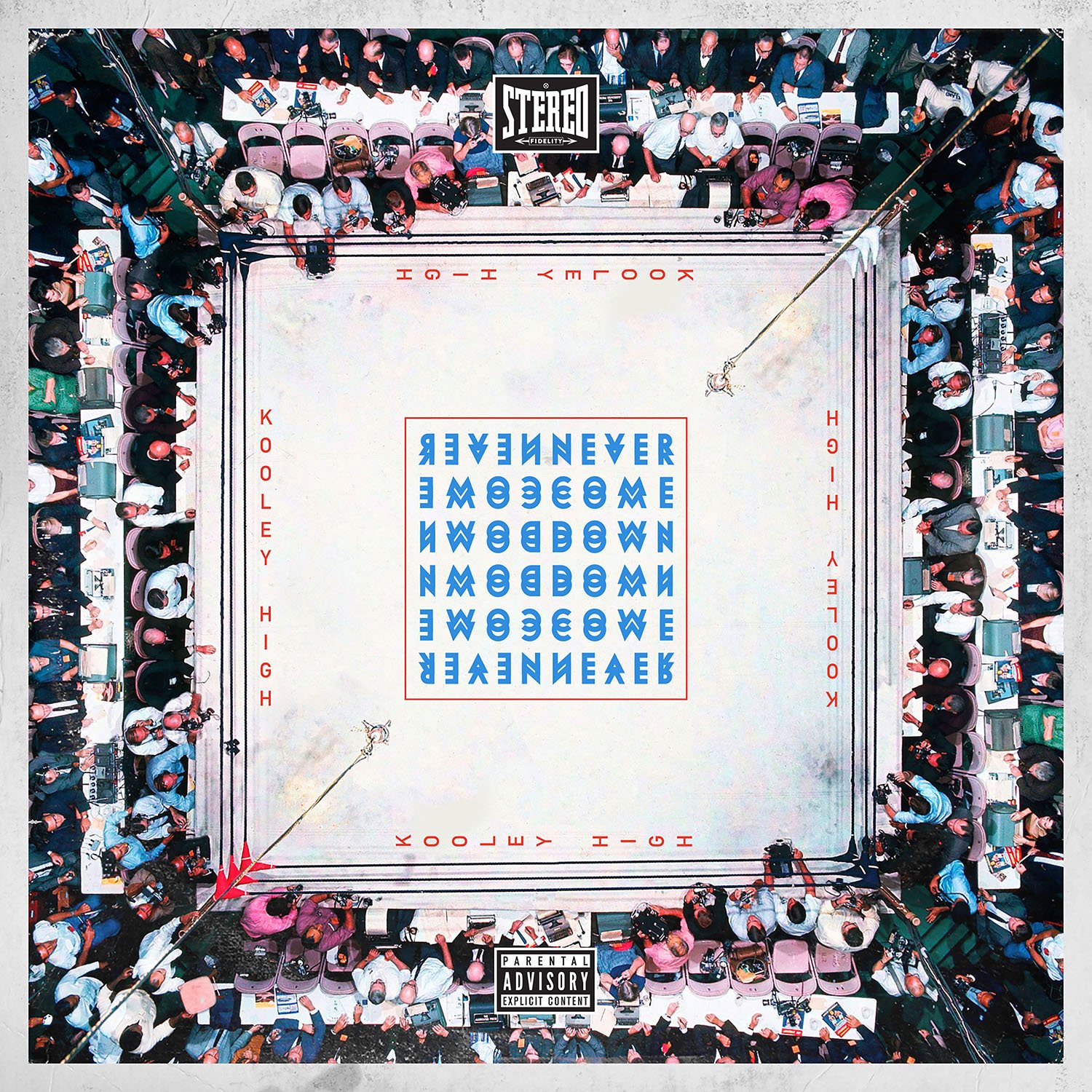 North-Carolina based group Kooley High is back with their new fourteen-track album entitled, ‘Never Come Down’. The project is the collective’s first release since their 2015 ‘Heights’ EP. The group formed at North Carolina State in 2008 where they affiliated over their love and affinity for Hip-Hop. Years later, here they are exhibiting their virtuosity on their new 9th Wonder executively produced album.

Skillfully versifying over instrumentals, ‘Never Come Down‘ has a clear voice of optimism and positivity. Guest appearances from Carlitta Durand, Median, and a special reunion with Rapsody (who has left the group to follow on her solo career) are all encompassed in the composition. While members DJ Ill Digitz, Foolery, and Synopsis work with 9th Wonder, the presence of samples, crooning jazzy underlays, and synth-encumbered beats are prolific. Alongside impressive acoustics, the group comes with authentic delivery. With Kooley High members Tab-One and Charlie Smarts scrupulous wordplay and compelling lyricism this awaited project is worth a listen.

Songs like ‘We Don’t Care’ and ‘Either Way’ give such satisfying sonic assortment while pushing a motivational message to listeners. Songs like ‘Action’ and ‘Never Come Down’ are surely inspirationally incentivizing tunes. ‘Voila’ and ‘More Than Money’ highlight the group’s versatility with fluctuating between singing and rapping, somewhat reminding me of ‘Selfish’ by Slum Village. I would say that influence from groups like Outkast with the use of witty rhymes infiltrates throughout the project. While occupying bits and pieces of these examples through their art, Kooley High emits their original style and holds their ingeniousness.

Sticking with an exceptionally fresh and uplifting message, the target audience for this album is everyone. Whether you’re looking for that push of enthusiasm or need a break from the usual racket on the radio, ‘Never Come Down’ has something for you. ‘Never Come Down’ by Kooley High is now available for all streaming services.