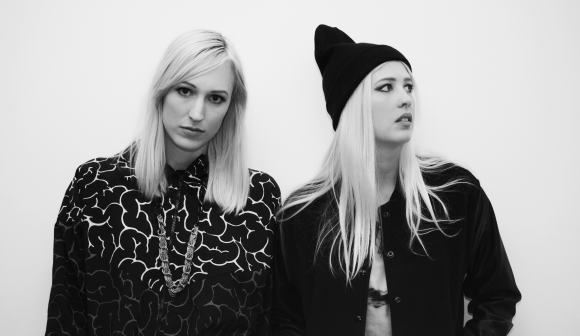 Kito & Reija Lee are a producer and singer duo from Perth, Australia, now based in London who recently completed a cover of Chromeo’s “Night By Night”. To close out 2013 and to mark their new association with Ultra Music, the pair has made it available as a free download. Listen to the track below:

Kito & Reija Lee found each other through mutual friends and musical appreciation. The girls then relocated to London to be closer to their musical associates and influences. Together, they’re inspired by a vast selection of genres and performers, from Kate Bush and J Dilla to M83. Separately, Kito’s deep love for Hip-Hop and underground Electronic music and Reija’s passion for Rock and Folk infuses an edgy and atmospheric sound.

Kito’s forward-thinking production first met Reija’s ethereal vocals on their single “LFO,” released on Skream’s label in 2009. Their first full EP, Sweet Talk, released on Diplo’s Mad Decent, went to #1 on the U.S. iTunes Electronic Chart as well as grace the Billboard charts. Victoria’s Secret used the song for their worldwide Spring / Summer campaign and the track has been sampled by Def Jam artist Trinidad James on “Female$ Welcomed.”

They are currently in their studio in Brixton, London working on new material that will be released on Payday / Ultra Music in 2014.