With heavy hearts, we report the untimely death of rising rapper King Von. Reportedly, the Chicago-native recording artist died this morning after being shot in Atlanta, Georgia. Promising and entertaining as our other fallen stars (Nipsey Hussle and Pop Smoke) in the music industry, King Von had what it took to crossover and become the star we knew he could be.

According to the official statement from his publicist, King Von “overcame incredibly challenging circumstances as a young man, but never lost sight of what it meant to give back and uplift his community — O’Block.” 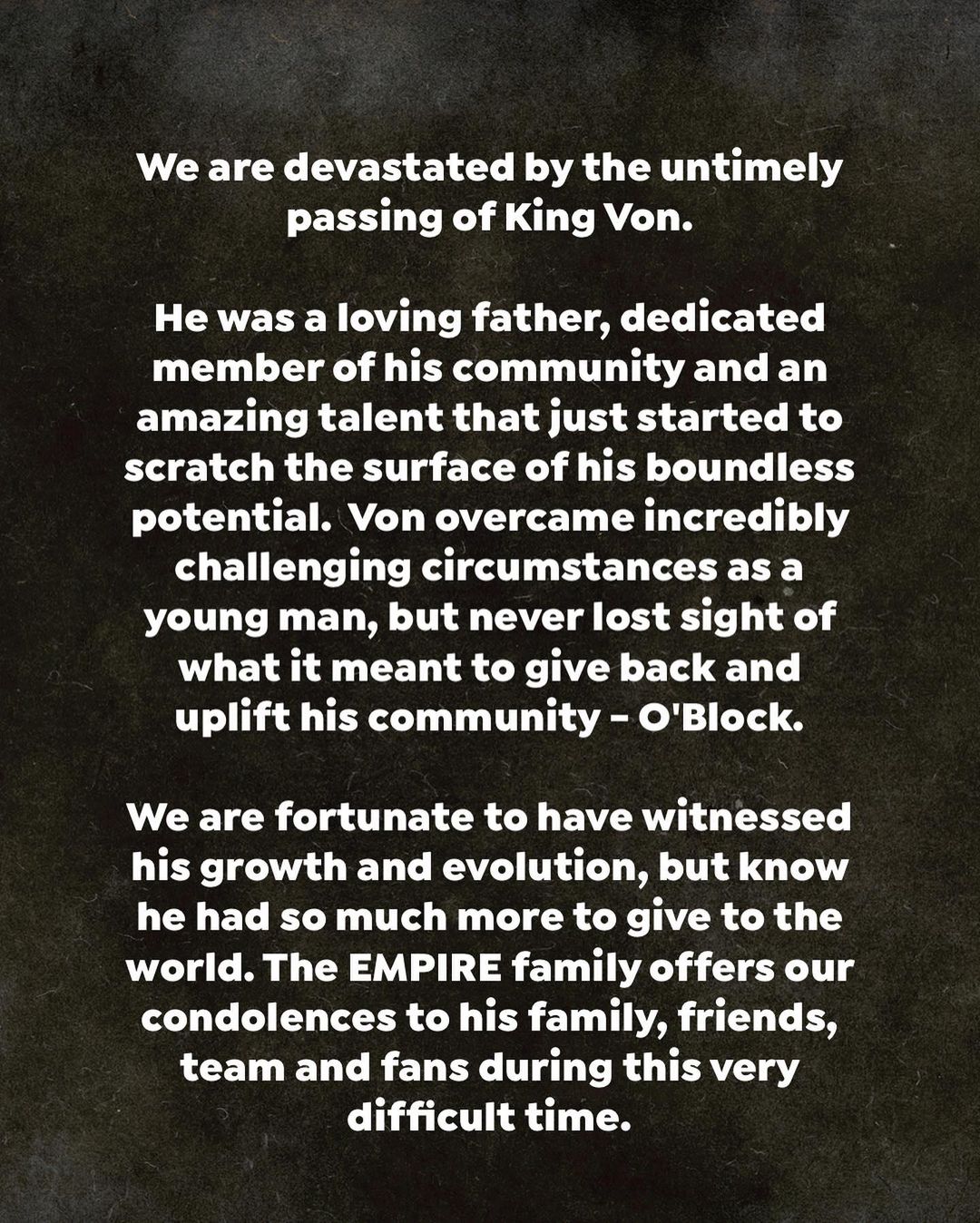 Rest in peace, King Von. We send deep love, condolences and protection by prayer to his family, friends, girlfriend Asian Da Brat, and everyone affected by this devastating news.