Killer Mike, a rapper-activist, sat down for a very personal, one-hour interview with Democratic presidential candidate Bernie Sanders this week.

In this six-part series, Mike and Bernie have a candid discussion on the way things were and how they would like them to be on many political issues. 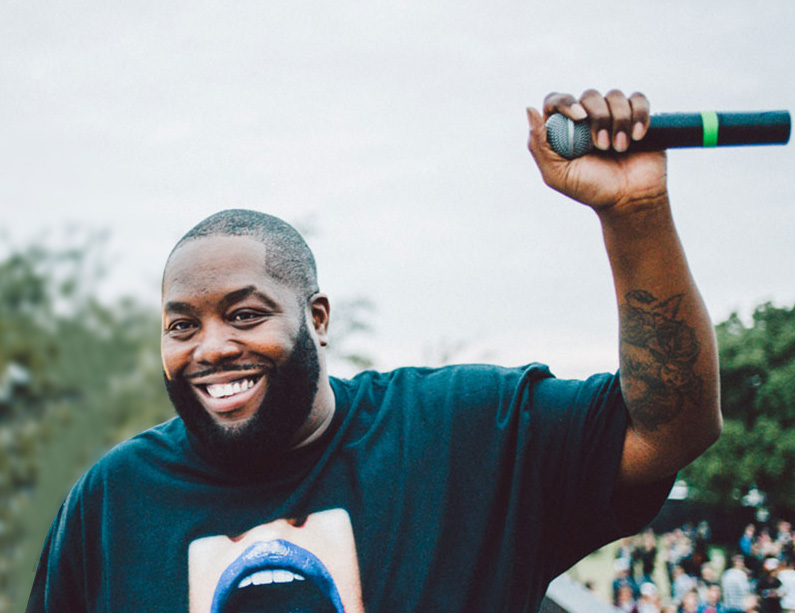 In Atlanta, Georgia, at Killer Mike’s own Barbershop “The Swag Shop,” he asks Sanders to weigh in on some of the heavier topics that need to be addressed this election, particularly in the Black community. They “go in” on the following titled segments: Economic Freedom, Social Justice, A Rigged Economy, Free Health Care: It Ain’t A Big Deal, This Country Was Started As An Act Of Political Protest, and Democrats Win When People Vote.

Musically I have followed Killer Mike from his earlier rap days, all the way back to the early 2000’s with his radio hit “A.D.I.D.A.S” featuring Big Boi of Outkast. Mike now is more widely-known as an activist, speaking to students at Morehouse College and M.I.T. Speaking on such topics as social injustice and politics, as well as being guests on PBS’ Tavis Smiley and HBO’s Real Time with Bill Maher.

Upon first viewing the interview, you immediately notice the setting. Two barber chairs were facing each other in a barbershop. You may ask why a barbershop of all places? But the barbershop is the perfect stage to discuss, openly, political issues that many are facing in this day in age. As blacks, we all know the barbershop to be one of the cornerstones of the community. It’s where advice is given, topics and issues are discussed freely without fear. It’s also where wisdom and knowledge are passed as down.

In these short, digestible segments (I say digestible, because if they gave it to you in one long section, it would be too much,) Mike and Bernie seem to connect well with many of the different questions and topics during the conversation. It was intriguing to see this 74-year-old Senator sit down with a rapper and be able to relate to each other, share thoughts and experiences.

A conversation that didn’t come across as uncomfortable or confrontational, but rather a conversation between two people who just met. It was honest and relaxed, yet spirited. Although Killer Mike and Bernie Sanders have different backgrounds, the two agree to a large extent on every issue, except gun laws. The two quickly agreed to disagree, in a friendly manner.

I like the fact that Sanders spoke so comfortably and carried a very conversational tone throughout. He talks about what “Democratic Socialism” means and his unusual position on health care, education, formerly incarcerated men and women, as it relates to voting, employment, and wages. Sanders goes on to propose the question, “Without knowledge, economic power, and necessities as Americans, how can one be truly free in one of the richest countries in history?” Mike and Bernie share a few chuckles throughout the discussion and Sanders even shows his comedic side when responding to one question saying, “When I was a kid 400 years ago…”

Killer Mike is endorsing Bernie Sanders as a candidate for the presidency of the United States, rightfully so. Who can disagree with the message on his campaign site, “No one should work 40 hours a week and live in poverty,” a very real statement for some Americans? They also discussed the very different and outlandish hatred and discrimination that Trump is bringing to the campaign and how scary it is.

I love how comfortable the two seem to talk to each other and the genuine passion they show for such major issues and change. Take a look at the six episodes now posted to Killer Mike’s YouTube Channel.