During his My Own Lane Tour, Kid Ink shared some sound advice for aspiring talent looking to crossover from mixtape to mainstream, his new stage production, his 4/20 plans and more. He was very kind and informative. Delve into our interview and be sure to watch the beautiful video. 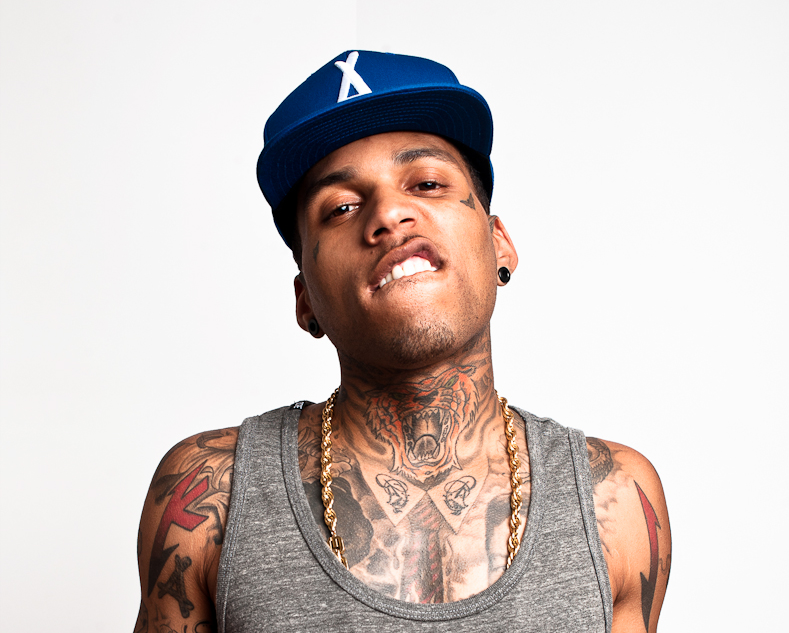 On your album, I’ve noticed that it’s very uptempo until the listener gets to “Tattoo Of My Name”, can you talk a little bit about the production and did you do any production on this album?

Kid Ink: As far as the tempo of the records, I think definitely — I’m usually more about energetic records. I’m usually about having energy. That’s how I perform. I definitely think about when I’m performing [and thinking] how these songs are going to be performed. You know, recording them. When I do slower songs, those are the ones I don’t really like to perform. Not really apart of my show as much so it’s a little bit more energy on there but at the same time, I’m learning how to tap into a different zone and really get into more ‘vibe moments’ where people can really just vibe with the record instead of always having fun and dancing. Definitely getting into that and understanding those songs more and as far as production goes, I don’t make the beats like I used to make beats. I still know how to make beats. It’s not really something you can forget but I do help with the production on stuff that I do now just because you know, it’s something that you can’t run from.

On “Tattoo Of My Name”, you talk about having a different kind of trust for a woman who has a tattoo of your name on her body; it being a representation of you. We must know: How many tattoos do you have and are all of your tattoos done in LA?

Kid Ink: My tattoos are not all done in L.A. Of course, that’s where I started but as I started travelling on the road and the different artists I would see here and there. From there, I just ran out of space where I don’t know the number at all. It’s kind of hard to keep up. Including you forget where you have stuff and you can’t see everyday. Like, I can’t see my back tattoos to always remember what’s there. So definitely about 90% of my body is filled with ink.

Do you have a favourite?

Tell us about tonight, concerning OnesToWatch and Skype. How did that come to be?

We’re going to have some fun tonight — MyOwnLane Tour — It’s sponsored by Reebok. Thank you for doing everything. We also have the meet and greets with Skype and everybody. You know, we’re just having some fun. It’s a new show. I’m excited not only to get across the new songs I have but the new stage production I have now. Now, there’s a bigger DJ booth and lights, you know, boxes to jump on and movies playing in the background so there’s a lot more I can incorporate into the show that keeps the fan entertained. I’m all the way over here and they can’t see me all the way over there. I’m really excited to test those new things out. It’s been such a good tour so far. There’s nothing bad I can say about it besides it’s just a learning experience. Of course certain things don’t go right, the way you want them. It’s all about having fun.

The name of our publication is called GrungeCake, when it comes to mind, what do you think?

GrungeCake? I mean, if you know me, you know I like cake. Period. Like birthday cakes and all kinds of cakes. I’m a fat boy at heart. You know, one of my many flaws is to eat cake whenever I see it but GrungeCake, it makes me hungry. Obviously, at this point I have a sweet tooth. Sounds like me.

I’ll definitely be celebrating the holidays. 4/20, great holiday. I can’t wait to be onstage. It’s definitely cool to be somewhere where I think it’s less likely to find someone smoking like just out and about, cause you know, I’m from L.A. so it’s just easier to do that. You know, you would expect to be somewhere where I could just be free but I think inside tonight, we’re going to have enough fun. Hopefully, people pass me enough fun and we can celebrate the holidays.

You come from the mixtape circuit and you’ve now crossed over to the mainstream, how would advise someone (who might be inspired by you) to take on the same type of lane that you did?

I think, you know, one of the biggest things is the type of music. Not necessarily the genre, more so than just the structure of music. I think mainstream music or radio-friendly music isn’t just because of what people are talking about sometimes… It’s kind of the structure of the song and how to make a song that’s easy listening for people. It’s how the song comes in and goes straight to the hook and just different things that I think as an artist and a musician you have to learn, if that’s the type of route you want to take in the beginning. It’s about learning how to separate mixtape songs and songs that you feel like could be on the radio. You know, and of course, some people will get in between that and sneak those records in that you wouldn’t normally think you would hear on the radio but at the end of the day, the ones that usually last are the ones that sound like they should be on the radio. It’s a certain structure the song has or a certain beat. It’s just a difference.